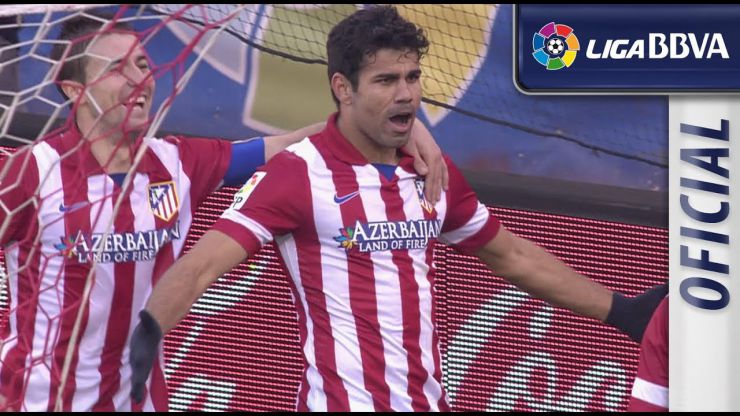 Villa and Costa score for Atlético

Diego Simeone's team defeated Athletic 2-0 with goals from its strikers and continues hot on the heels of Barcelona.

Club Atlético de Madrid is breathing down the neck of FC Barcelona after defeating Athletic Club 2-0 in the Estadio Vicente Calderón. David Villa and Diego Costa got the goals.

19 minutes passed before the game's first clear chance, when Diego Costa's shot across the goal brushed the outside of Gorka Iraizoz's post. After 26 minutes the Navarrese keeper made a wonderful save from David Villa after Juanfran's cross from the right wing. The visitors tried to take advantage of Aritz Aduriz's ability in the air to unsettle Atlético's defence, and the two centre-backs soon received yellow cards.

The first goal came from Villa in the 33rd minute after a well-worked move on the right wing between Adrián López and Juanfran. The striker from Asturias has now found the net four times in the last three matches, he is not the only player on the team enjoying a hot streak though, as Diego Costa, the Hispanic-Brazilian scored his 13th goal this Liga BBVA season after 41 minutes to make it even harder for Ernesto Valverde's men.

Diego Pablo Simeone's team enjoyed several chances to increase their lead in the second half and Erik Morán was sent off in the 79th minute. Even so, there were no more goals and Atlético are still one point behind Barça.