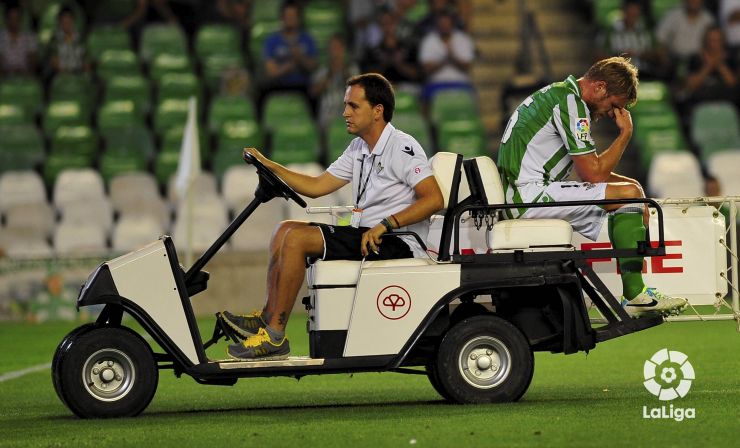 Eder Vilarchao, a Basque midfielder at Betis, is about to embark on the second stage of his recovery after suffering a broken left ankle in July, meaning he is yet to play in the Liga BBVA this season. In Monday's training session, the attacking midfielder was able to run continuously and took his first touches of the ball.

In July the player underwent joint cleansing of the damaged cartilage and the screws holding the fracture together were removed. "I'm feeling really good after my first day of continuous running and my first touches of the ball", stated the player on social networks.