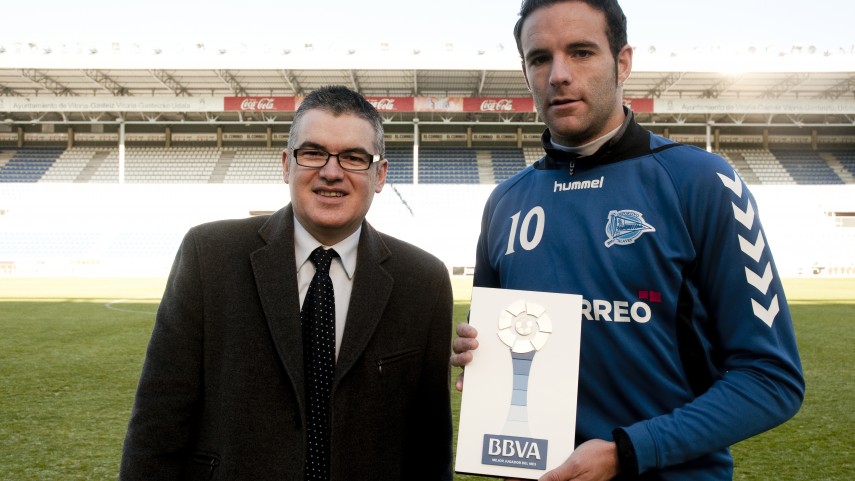 Viguera, Liga Adelante player of the month for November

The Alavés attacker has been rewarded for his performances as his side’s spearhead.

Deportivo Alavés forward Borja Viguera has been given the BBVA Player of the Month award for November in Liga Adelante by the Liga de Fútbol Profesional’s principal sponsor.

"Individual work pays off but without the hard work from the team it wouldn't have been possible to win this trophy. We are where we are and results are essential. I hope to be able to repeat the award but with more victories for the team, which is the important thing", said Viguera after receiving the accolade.

Viguera came through the ranks at Real Sociedad de Fútbol, and is currently in the form of his life as the main man in Alavés’ attack. The striker has started every game for Juan Carlos Mandía’s side this season and has scored 12 times in 1437 minutes in Liga Adelante, and is close to equalling his total from last season.

This is the man from La Rioja’s second season at the Basque side, with whom he achieved promotion to Liga Adelante last season. He also leads the competition’s goal scoring charts, having overtaken September’s player of the month Stefan Šćepović of Real Sporting de Gijón.