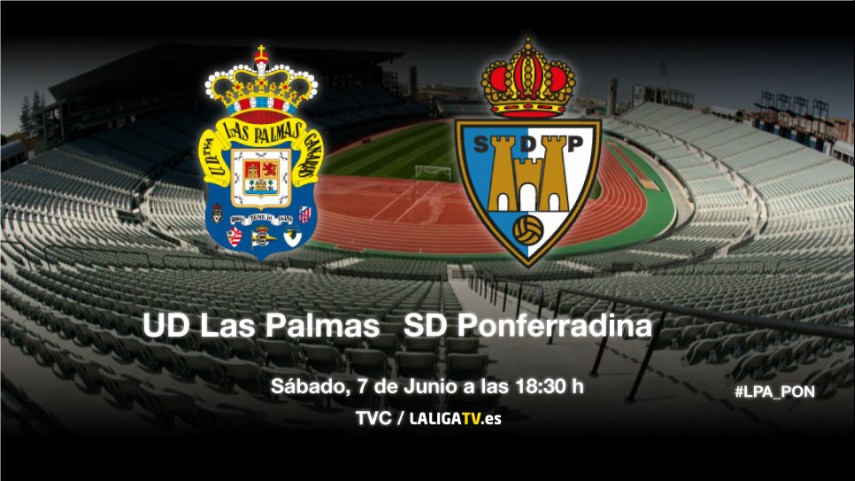 Victory would be mission accomplished

Las Palmas will guarantee their place in the playoffs with three points, but Ponferradina will be fighting hard to win and stay up.

UD Las Palmas and SD Ponferradina close out the season with a passionate clash in which the two teams have different goals. Both sides will be bidding for a victory on matchday 42 that would finally mean they have achieved their objectives for the season. For the Canary Islanders, that means the playoffs, while El Bierzo’s men are dreaming of safety.

After three matches without picking up a single point, a place in the playoffs for promotion to the Liga BBVA is in the hands of the island side. Las Palmas are sixth in the table and a victory would mean mission accomplished, therefore José Joaquín Moreno’s men will dig deep in order to end the season with a smile.

They will be faced with a Ponferradina who sit three points above the danger zone, but even a draw would keep them safe. "We’ve been highly focused in our preparations for this match" commented the manager Claudio Barragán, who has called up the whole squad for the clash because "everyone has contributed throughout the season".