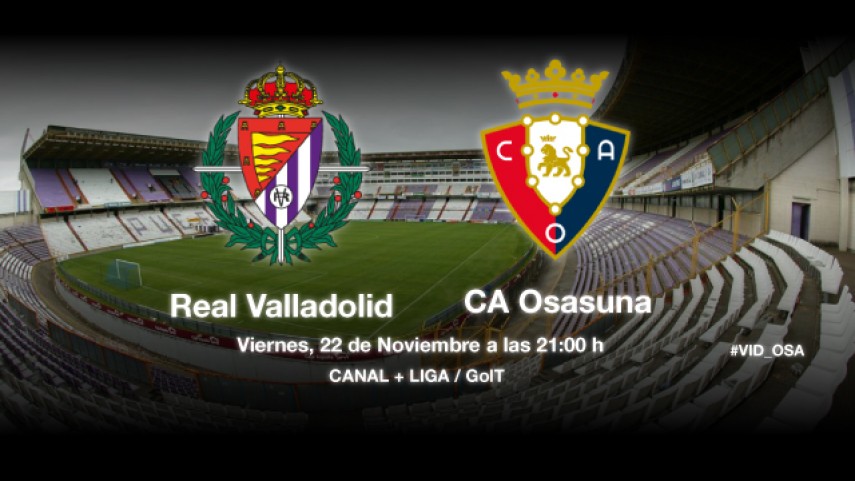 Victory is the only goal in the Zorrilla

Real Valladolid play host to Osasuna on the fourteenth matchday of the Liga BBVA with both teams looking to climb the table.

After the international break, matchday fourteen of the Liga BBVA gets underway with a clash between two close rivals as CA Osasuna travel to the Estadio Municipal José Zorrilla to measure up against Real Valladolid CF.

Although the home side has only lost one of its last five games, Juan Ignacio Martínez's players need to start collecting their points in threes in order to get out of the danger zone. The injured Víctor Pérez and Óscar will be unavailable to the team from Castile and Leon. "I think the team is up to the challenge posed by this match. The points are vital for both teams", said JIM.

For their part, Osasuna, coached by Javi Gracia, will be travelling to blanquivioleta territory without their striker Oriol Riera, but the young José García will be available for his side, after making his debut in their last match. "We are keen to improve on our recent results and get that victory that has eluded us", stated the away manager.