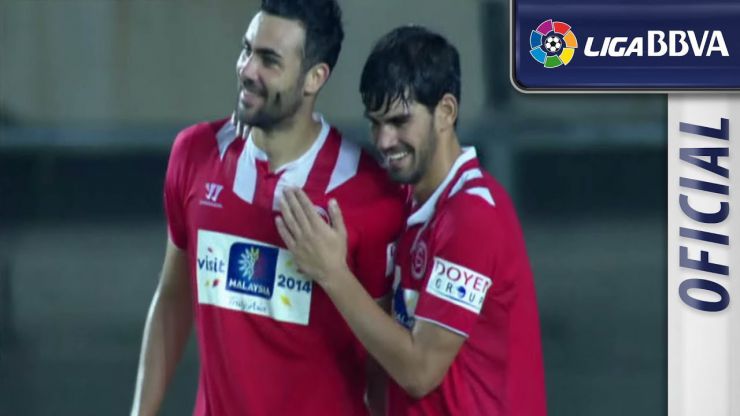 Victory for Sevilla in Indonesia

The Andalusian outfit opened the LFP World Challenge with a comfortable 4-0 win over Pelita Bandung Raya.

Sevilla FC inaugurated the Asian Swing of the LFP World Challenge with a solid win over Pelita Bandung Raya (0-4). The match, the first of the prestigious tournament organised by the Liga de Fútbol Profesional, stood out for the quality of the goals scored by the UEFA Europa League champions and the fight put up by the Indonesian side, who, despite the result, persistently attacked their opponent's goal.

It was Piotr Trochowski who opened the scoring with a great strike against which the Indonesian keeper was powerless. The Polish player rifled his first time shot past Romanovsky. Minutes later it was Vicente Iborra who bagged the second goal in the Jalak Harupat Kab. The Sevilla player made a pacey run and beat the keeper from the edge of the box.

In the second half Coke Andújar found the third goal from the penalty spot. Pelita Bandung Raya had chances to cut the deficit but, Sergio Rico, Sevilla's keeper, managed to keep the ball out. In the dying minutes of the match, the Spanish team demonstrated the form that took it to the Europa League crown and fifth place in the Liga BBVA.

MORE DETAILS OF THE ASIAN SWING OF THE LFP WORLD CHALLENGE