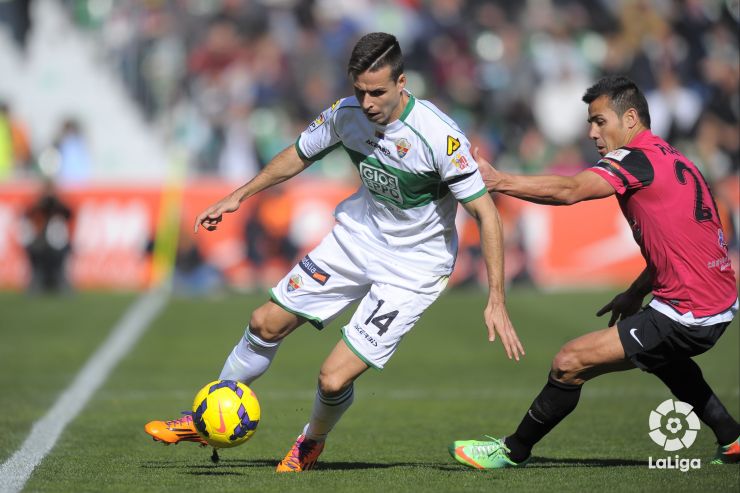 Victory and peace of mind for Elche

The team from Alicante beat Almería 1-0 in the Martínez Valero in a match in which the home side went all out for victory.

Elche CF clinched an important 1-0 win in the Estadio Martínez Valero against UD Almería on matchday 22 of the Liga BBVA, in what was the first time the two teams had met in that ground. Cristian Herrera, who has now found the net three times this season, scored the only goal of the match.

The home side came flying out of the blocks and in the first half it was the most willing of the two teams to go in search of victory. Cristian, David Lombán, Manu del Moral and Edu Albacar had the Almerian defence tied in knots and they came very close to opening the scoring. However, the visiting keeper, Esteban, and a lack of precision in front of goal meant that the match reached half time with no score.

After the restart, the home side kept their foot on the gas in search of a winner against an Almería who were struggling to cope with Elche's attacks. On the 60 minute mark, a shot from the edge of the box from Javi Márquez took a deflection off Cristian Herrera and ended up in the back of the net. One goal was enough for Fran Escribá's side to take three points from a close rival and leave the relegation zone four points behind, while Almería need to climb the table in order to avoid the Liga Adelante.