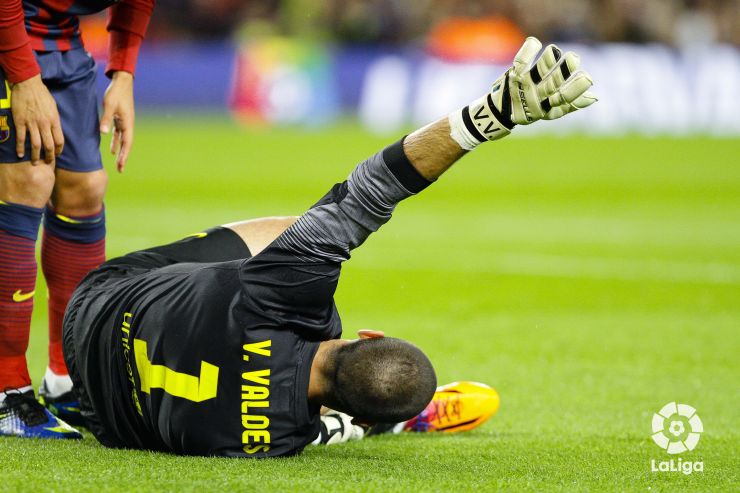 Barcelona’s goalkeeper has torn the anterior cruciate ligament in his right knee in Wednesday’s clash with Celta.

Víctor Valdés, FC Barcelona’s first keeper, will be out for a long period of time after tearing the anterior cruciate ligament in his right knee in Wednesday’s match with RC Celta de Vigo, according to a statement from the Liga BBVA club.

The 32-year-old Catalan goalkeeper had to leave the field 22 minutes in after landing awkwardly on his right leg on his second attempt to catch Augusto Fernández’s free-kick. After being transferred to a hospital for tests, Barcelona confirmed the worst for the player on Wednesday night.

The player from Hospitalet de Llobregat received numerous messages of support from the public on Twitter, where he also received sympathies from his teammates. "Very sad for my teammate and friend", declared José Manuel Pinto. "Nothing to celebrate. Get well soon Víctor Valdés", said Javier Mascherano.

The president of Barcelona, Josep Maria Bartomeu, also showed his support for the keeper: "I hope Víctor recovers as quickly as possible. He has all the support and esteem of the Club. We have to keep fighting".