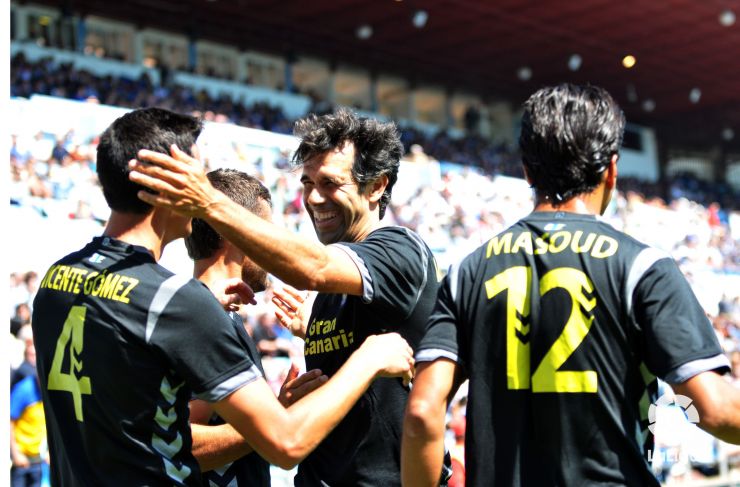 Las Palmas beat Zaragoza 1-2 thanks to the eleven-minute spell in which the central midfielder scored a brace, a result that moves the Canary Islanders closer to second place in the Liga Adelante.

Las Palmas beat Real Zaragoza 1-2 in Sunday's opening Liga Adelante matchday 37 fixture. With this win, the Canary Island outfit now has 57 points and moves closer to second place, a spot currently occupied by Eibar who have 59 points and a game in hand.

The first half in La Romareda was an exciting and high-octane affair. Within eleven minutes of the kick off the visitors found themselves 0-2 up thanks to a brace from Vicente Gómez, who managed to beat Leo Franco with a great header and then minutes later with the deftest of finishes. Far from throwing in the towel, the Aragonese side shortened the gap with a Paco Montañés goal in the 15th minute. The Zaragoza winger had another chance to level matters just before half time, however, he was denied by some great goalkeeping by Mariano Barbosa.

Despite Zaragoza's pressure and persistence after the break, Sergio Lobera's men defended tightly until the full time whistle and held onto all three points. Las Palmas now head into the next weekend's Canary Island derby against Tenerife in the midst of a nice run of form.