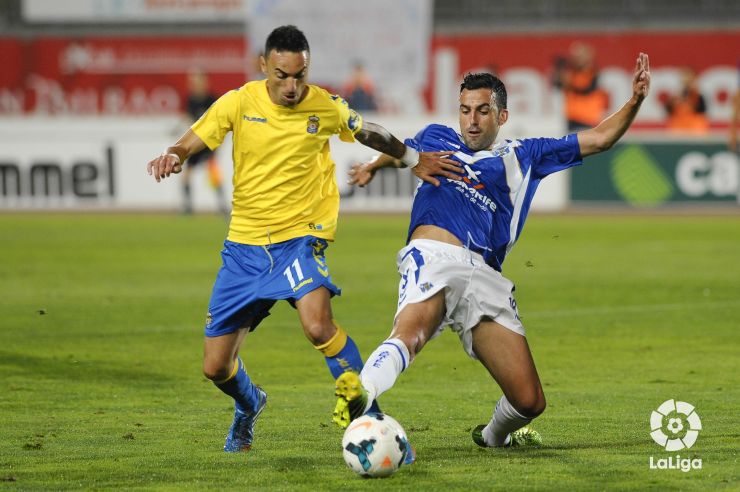 It was a close match throughout until Vicente broke the deadlock for Las Palmas.

A match that is always special for the two island side proved to be both tense and thrilling. Bruno tried his luck for the visitors and Javi Castellanos did the same for Las Palmas in the first half. The Tenerife player’s header kissed the post on its way behind, while Castellanos wasted a golden opportunity as his shot soared over Roberto Gutiérrez’s bar.

After the break, Sergio Lobera’s men fired in some long-range efforts but without any luck. The first came from midfielder Momo and shortly afterwards a persistent Carlos Aranda. The biggest scare in the second half was produced by striker Aridane, but his shot was wide of its mark and Mariano Barbosa need not have worried. In added time, Vicente became the star of the match by heading home to make it 1-0 and give the derby to Las Palmas, allowing them to climb to third place. Tenerife, for its part, remains in eighth position, at least provisionally.