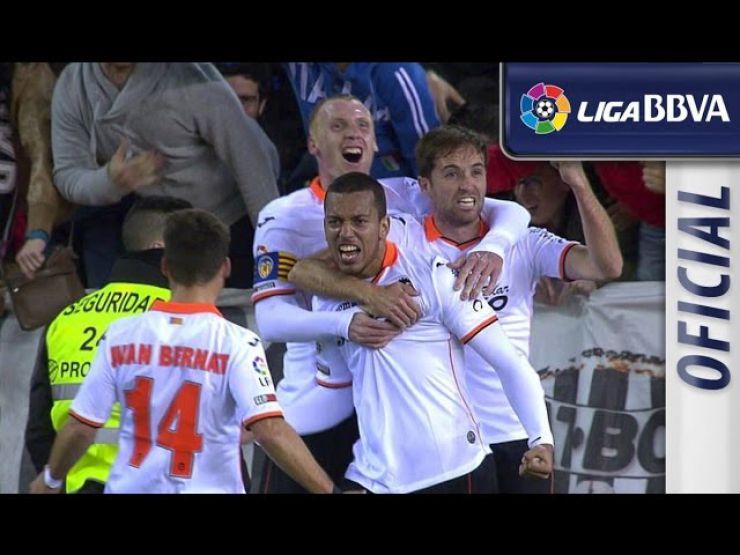 Vezo saves Valencia at the death

A goal from the Portuguese defender in the dying minutes of the match against Granada sealed a tenth victory of the season for his team in the Liga BBVA.

Valencia CF overcame Granada CF 2-1 in the clash held at the Mestalla Stadium on the 25th matchday of the Liga BBVA.

The visiting team started the game more busily than their hosts. Granada, despite having opportunities to go into half time ahead on the scoreboard, were unable to find their opponents’ net. The visiting side dictated the pace of the game and a dangerous shot from Yacine Brahimi and another from Recio inside the area, intercepted by defender Antonio Barragán, were their best chances. The home team barely troubled their opponents’ goalkeeper in the first half.

In the early stages of the second half, Granada midfielder Piti made it 0-1, tipping the game very much in the Andalusian side’s favour. Valencia responded thanks to the changes made by Juan Antonio Pizzi from the bench. Forwards Jonas Gonçalves and Paco Alcácer took to the field and a goal from Alcácer levelled the match with just 25 minutes still to play. In the dying moments, Jonas’s shot to make it 2-1 was put away by defender Rubén Vezo to secure Valencia’s tenth victory in the Liga BBVA.