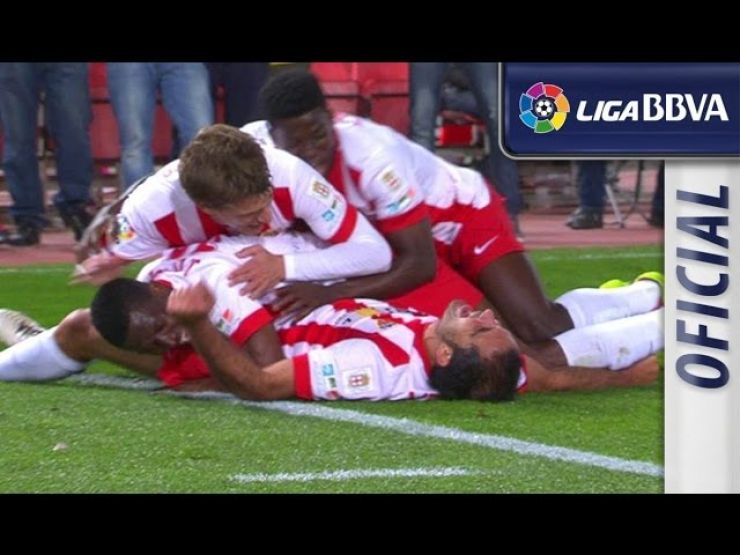 Two late goals from the midfielder from Alicante gave victory to Almería against the Liga BBVA leader.

UD Almería caused the upset of Liga BBVA matchday 23 by defeating Club Atlético de Madrid 2-0 in the Estadio de los Juegos Mediterráneos thanks to a brace from José Antonio 'Verza'.

The first half was a cagey affair in which neither team managed to dominate the other. Only a few moments of brilliance from Suso, for the home team, and from midfielder Diego, for the visitors, injected a little life into a goalless first half.

Diego Pablo Simeone's half-time talk seemed to have worked and the Madrid side came out in search of victory. Diego Costa, Diego and Raúl García all had chances, but none of their efforts were enough to beat Esteban. Late in the match Verza became the local hero by scoring the two winning goals. The result means that the side from Almeria moves away from the relegation zone, while Atlético are now level on points with Real Madrid CF at the top of the table.