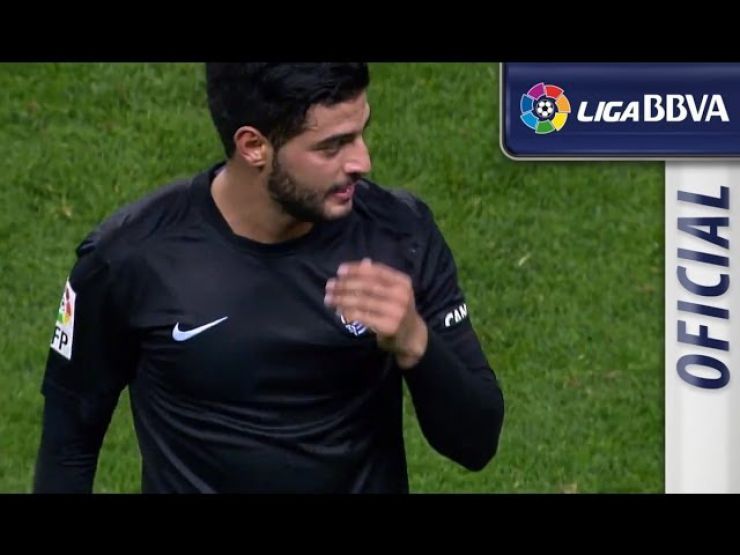 Vela finds victory in the Rosaleda

A goal from the Mexican striker in the opening stages was enough for Real Sociedad to take three points home from Malaga.

Real Sociedad de Fútbol recorded an important 0-1 victory over Málaga CF in the final game of Liga BBVA matchday 24. Carlos Vela, who now has ten goals in the competition, was the hero in La Rosaleda.

It was a very promising start for the Basque team, which soon had the advantage. Vela, who had tested Willy Caballero moments before, took it upon himself to put the finishing touches on a counter-attack that was created by José Ángel to open the scoring after just ten minutes. Málaga, who were slow to respond to the goal, ramped up the pressure in the closing minutes of the first half. However, neither Sergi Darder nor Oleksandr Iakovenko was able to level the match.

The second half was a carbon copy of the final minutes of the first. Málaga, who threw everything at their opponents, dominated possession, while the Basque outfit sought relief on the counter. With 15 minutes to go, Roque Santa Cruz had the best chance for the home side, but his header was met by goalkeeper Claudio Bravo. The win means that the txuri-urdin is still level with Villarreal CF in fifth place with 40 points.