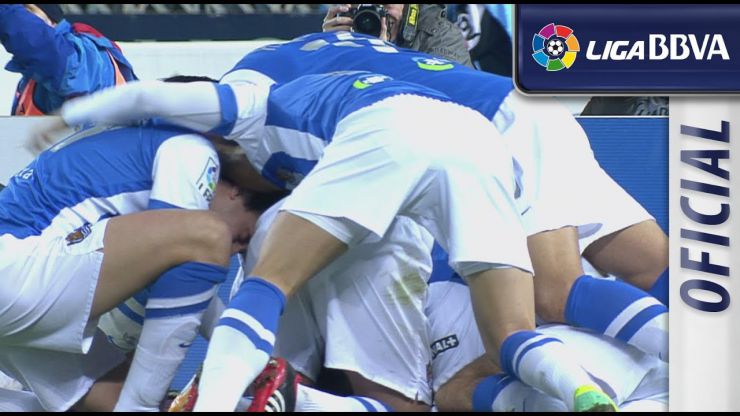 Real Sociedad came out of the blocks flying, and in the sixth minute Carlos Vela had already opened the scoring. Alberto de la Bella robbed the ball in the Celta box and found the Mexican forward who got his name on the scoresheet for the first time since matchday 2.

The match became wide open, and in the 23rd minute Luis Enrique’s men equalised. Rafinha beat Claudio Bravo by heading home a great ball from Jonny. But the visitors weren’t content with a draw and put themselves in front in the 28th minute. A nice exchange between Nolito and Augusto ended with Álex López beating Bravo with a deft shot with the inside of his boot. Jagoba Arrasate’s side could have equalled the score soon after, but Vela and then Antoine Griezmann wasted good chances.

The second half was just as exciting. Rafinha got his second of the evening in the 57th minute when the ball fell to him inside the area. Real Sociedad reacted well, and in the 62nd minute Vela headed in a Chory Castro free kick to make it 3-2. The one-man-show didn’t stop there though, and in the 78th minute the Mexican made it 3-3. Celta, who went down to ten men in the 68th minute when Andreu Fontàs was sent off, didn’t know how to handle the inspired Vela.

Anoeta erupted in the 81st minute when a Griezmann ball into the box found the on-rushing Vela. The former Arsenal man got in front of Jon Aurtenetxe to make it 4-3 with his left foot.