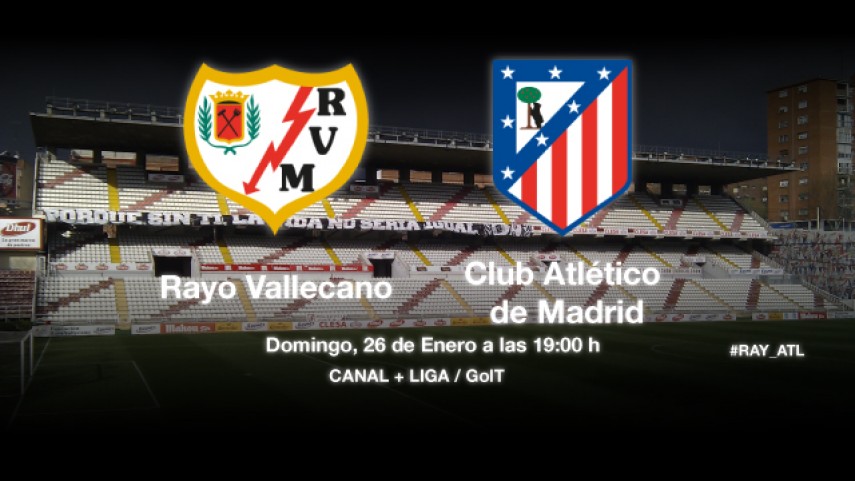 Vallecas take on the co-leader

Atlético need the three points from Vallecas to stay in the fight for first place, while Rayo ask their fans for an inhospitable fortress.

Club Atlético de Madrid visits the Estadio de Vallecas to take on a Rayo Vallecano that is struggling to escape the Liga BBVA's relegation zone. Their last visit to the stadium in Madrid resulted in a goal-fest for the rojiblancos.

Paco Jémez appealed to his team's fans for the Madrid derby against Atlético. "We need the strength of our people and our fans", said the manager, "we need to harm them with our greatest weapons". Rayo will be without Alberto Perea, Alejandro Gálvez, José Carlos Fernández, who are injured, and the banned Adrián González for the clash.

For Atlético de Madrid it will be a complicated game, as Diego Pablo Simeone confirmed. "It is a key match", he stated, adding that "Rayo is a team that uses its energy to its advantage and you have to cancel that out with hard work". The rojiblancos come into the match after two consecutive draws against FC Barcelona and Sevilla FC and need a victory to continue their dominance of the league. Mario Suárez and Joshua Guilavogui, injured, and Juanfran Torres, who is serving a ban, will miss the match.