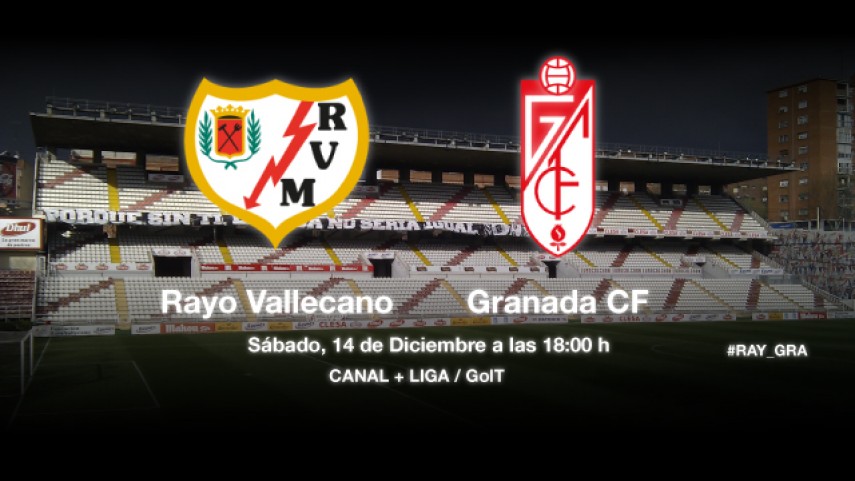 Vallecas in search of a victory

Rayo will be looking to return to winning ways with a victory over a Granada who are very comfortable away from home.

Rayo Vallecano host Granada CF in the Estadio de Vallecas on matchday sixteen of the Liga BBVA. Francisco Medina Luna, 'Piti', will play a leading role in the game as he makes his return to Vallecas, the side he played more than 200 matches for over seven seasons.

The Madrid side will see this as a great opportunity to find their first home win in two months. Paco Jémez will not be able to select the suspended Saúl Ñiguez, or José Carlos and Seba Fernández, who have long-term injuries. The Rayo coach explained that "it is a match that will give us a lot of peace of mind if we win it", putting the team "in a better position".

For their part, Granada will take to the Estadio de Vallecas without Dani Benítez and Diego Buonanotte, who are injured. Lucas Alcaraz, the coach of the Andalusian side defined Rayo Vallecano as a team that plays "very direct football and dominates the whole pitch". And he added that his team will have to "pick up the pace" if they want a good result in the Madrid stadium.