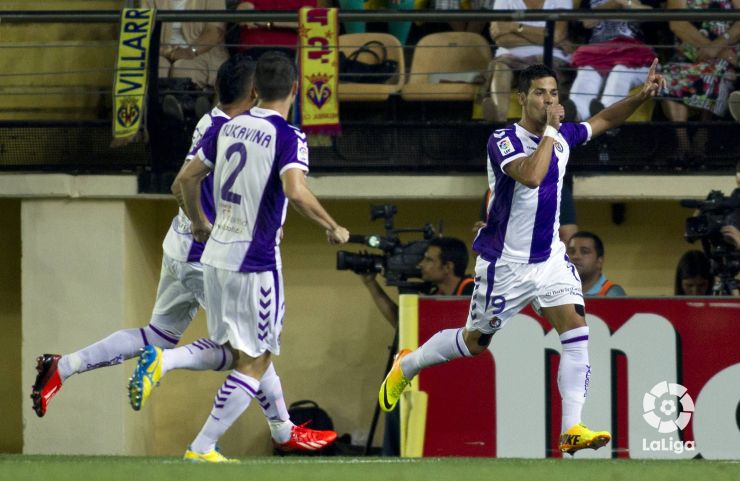 Valladolid’s Javi Guerra gets a knock

The Pucela striker did not finish today’s training session, although he has not been ruled out for this weekend

Javi Guerra, the Real Valladolid striker, had to pull out of Tuesday’s training session because of a problem with his right knee. Despite not being able to finish the session with the rest of the team, Juan Ignacio Martínez has not yet ruled the forward out ahead of Sunday’s Liga BBVA game against Sevilla.

However, it’s not all bad news for Valladolid as Manucho returns to training after having to take a few days off for personal reasons. The Angolan, as well as Lluís Sastre and Óscar, took part in the second part of the day’s session.