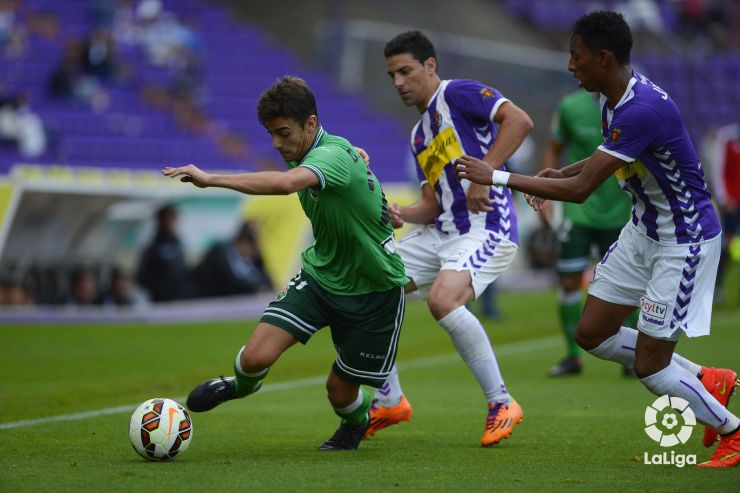 Valladolid to strong for Racing

The home side won 3-1 at the José Zorrilla in the third round of Liga Adelante matches.

Real Valladolid CF downed Real Racing Club 3-1 in the third round of games in Liga Adelante at the Estadio Municipal José Zorrilla. Goals from Óscar, Óscar Díaz and Roger were enough for the home side to secure their second win of the season.

It was a hotly contested game between the two sides, especially in the first half. The home side dominated play, but they found an organised side in front of them. In the final minutes of the first half came the game’s first goal, with Óscar putting the home side in front. Fede San Emeterio had a chance to equalise almost immediately, but his shot was deflected over by Javi Varas.

The home side dominated the second half. Óscar Díaz scored the second two minutes after the restart, and soon after Rubi’s side sealed the win. Omar crossed the ball in, and substitute Roger put the icing on the cake. 10 minutes from the end Racing cut the deficit with a Javi Soria effort, but it was not enough and Valladolid took the spoils.