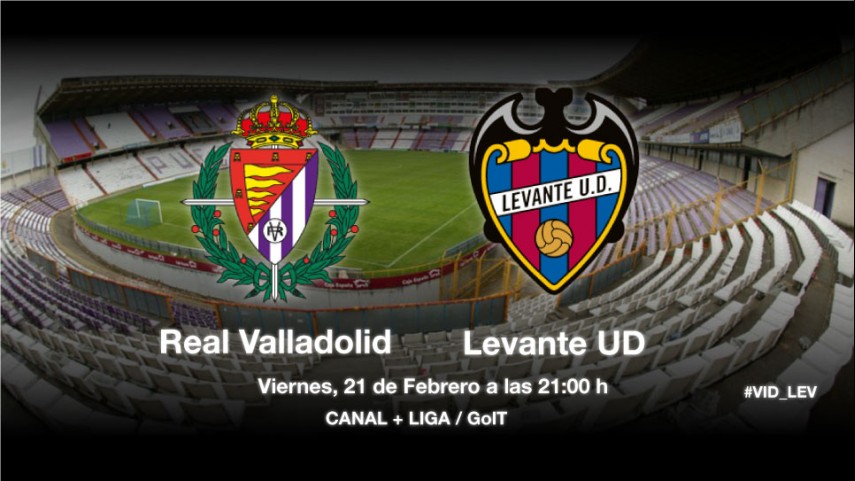 The Pucela side host the Valencia side needing to take the three points in order to give themselves breathing space at the bottom of the table.

The 25th round of Liga BBVA fixtures kicks off on Friday with the clash between Real Valladolid CF and Levante UD. Two sides that are fighting for different objectives in the table, but will both want the three points.

In addition, this will be a special game for the home side's manager Juan Ignacio Martínez, who faces his former club at the Estadio José Zorilla. The coach from Alicante is conscious of how his side must face the tie, saying his players "will die on the field of play". Jeffren Suárez will be out for Martinez, who welcomes back the defender Jesís Rueda and central midfielder Óscar González.

For their part, the visitors come having taken five from the last nine points available, and they will look to continue their good work in the league. Joaquin Caparrós has selected 18 players for the game, including defender Nikos Karabelas. "It will be a game in which we have to be awake for the 90 minutes because it will be very complicated", highlighted Caparrós in his press conference.