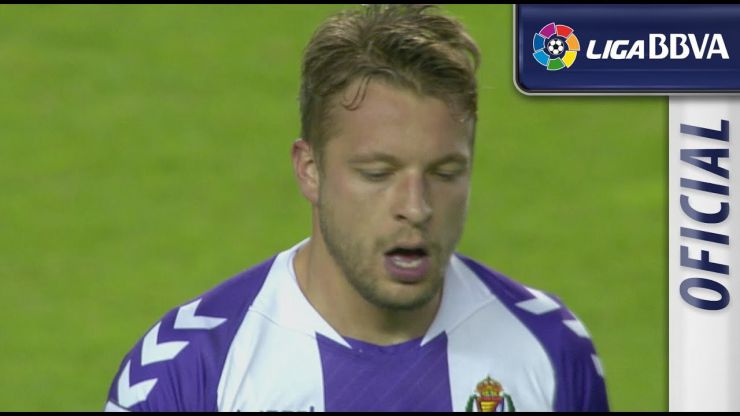 Valladolid rallies to save a point

The team from Castile came back from 0-2 down to win in the Zorrilla against a Real Sociedad that failed to capitalise on its chances.

Real Valladolid CF and Real Sociedad de Fútbol produced one of the most intense and pulsating matches of Liga BBVA matchday eleven.

Real Sociedad made the most of its opportunities early on. The team from Gipuzkoa converted its best chance of the first half with a goal from Antoine Griezmann, the side's top goal-scorer. Valladolid refused to give up after the goal and stayed true to its plan to play attacking football. The men from Castile resisted Real's onslaught of pressure, but a lack of precision in front of Claudio Bravo's goal meant they were unable to level before the break.

Valladolid came flying out of the traps in the second half, forcing Real to struggle to keep them at bay, then a defensive error from the home team teed up Griezmann for his second goal. But Juan Ignacio Martínez's team deserved more and their persistence in front of their opponent's goal gave them their just deserts. First Daniel Larsson, and two minutes later Javi Guerra, found the net to level the scores and up the tension in the final minutes. Valladolid came close to victory, but Claudio Bravo, Real's best player in the second half, stopped a penalty from Patrick Ebert in the dying minutes.