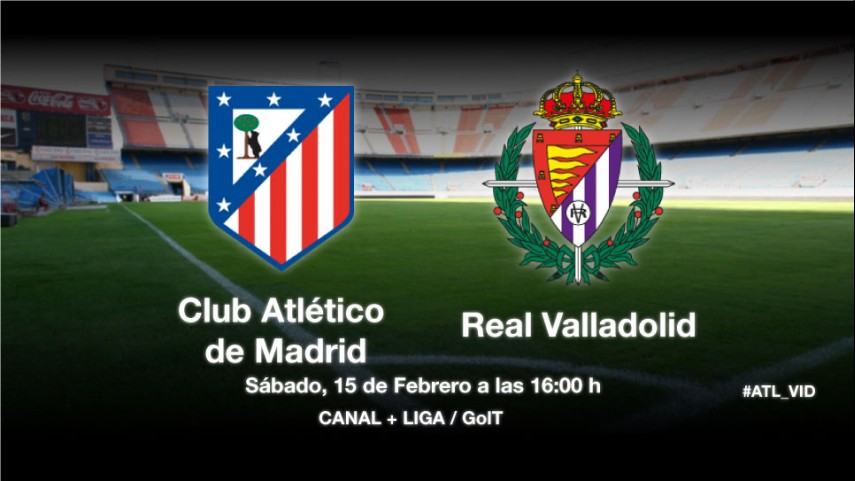 Valladolid puts Atlético to the test

The Red and Whites need to get back to winning ways in order to stay in the title race, while Valladolid travel to the capital looking to move out of the relegation zone.

Atlético Madrid play at home against Valladolid for matchday 24 of the Liga BBVA season. The Red and Whites will be looking to get back on track after last week's hiccup against Almería (2-0), while the visitors desperately need all three points in order to climb out of the relegation zone.

Diego Simeone’s men, who are level on points with Barcelona and Real Madrid, need to win if they want to stay in the Liga BBVA title hunt, but they are well aware of how tough Saturday’s opponent is. "We are up against a highly-motivated side. We need to play well", the Argentine coach stated. The good news for the home team is that both Thibaut Courtois and David Villa return to the squad, however, Tiago and Filipe Luis are both still out because of injury.

Valladolid will be missing the injured Óscar González and Jeffrén Suárez, as well as the suspended Jesús Rueda. Despite those setbacks, Juan Ignacio Martínez is confident his side can cause on upset in the Vicente Calderón. "We know it won't be easy but we will fight with what we've got and i'm sure we'll have our chances", the coach declared.