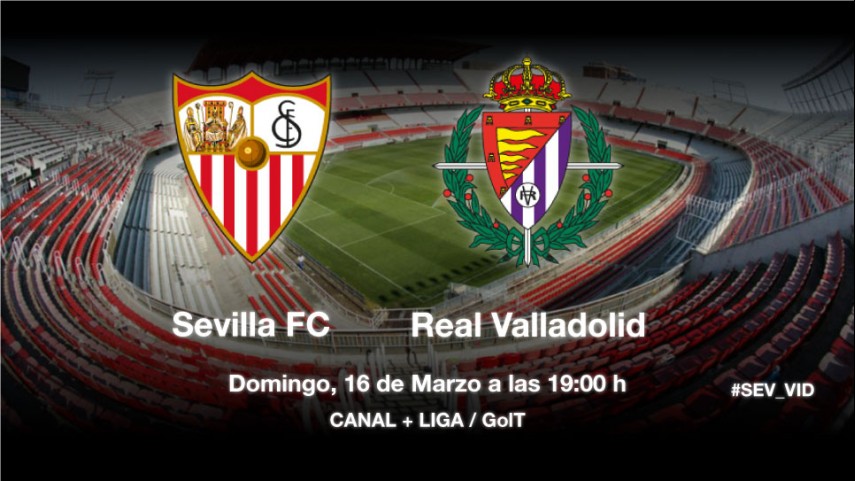 Valladolid will be in search of points to move away from the danger zone against a Sevilla side with an eye on European qualification.

Valladolid travel to the Ramón Sánchez Pizjuán with the aim of extending their unbeaten run to four games. Standing in their way will be a Sevilla side one good result away from climbing into the European places.

Draws against Levante and Málaga, as well as a famous win against Barcelona, has earned Valladolid five points that keep their hopes of salvation alive this season. Juan Ignacio Martínez will be without the suspended Carlos Peña and the injured Álvaro Rubio. Also out of the squad is Humberto Osorio because of a sprained muscle. In his pre-match press conference the Valladolid coach stated that "there are plenty of points still to play for and the table couldn’t be closer" and also pointed out that his side "has to be sure of itself and approach the game with a strong mentality".

This will also be an important match for a Sevilla team with aspirations of European qualification. The Andalusians, on the back of a midweek derby defeat to Real Betis Balompié in the UEFA Europa League, could move into sixth place in the Liga BBVA and thereby take a step towards European football next season. Daniel Carriço, who is still out with an ankle sprain, will be the most noticeable absentee in Unai Emery’s team sheet. The home side’s manager declared that a win against Valladolid "would have a positive effect on the team and help us reaffirm ourselves in the league". Emery also said that "a win would settle things for us, and give us strength and confidence".