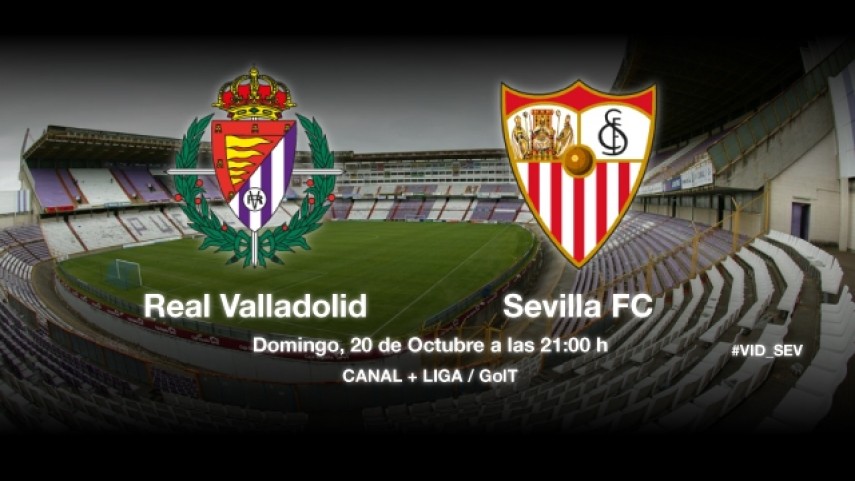 Valladolid look to stop Sevilla in their tracks

The team from Castile and Leon comes up against the in-form Andalusian club on matchday nine of the Liga BBVA.

Real Valladolid will host Sevilla FC in the Estadio Municipal José Zorrilla. The visitors have now played three consecutive matches without a loss. The home club, which has six points of a possible 24, lost its last match to FC Barcelona.

Juan Ignacio Martínez, Valladolid's manager, made it clear in the pre-match press conference that the tie "is not a must-win game", but that a good result would help his team to escape "the rut and a victory would boost confidence". Heinz, Víctor Pérez, Óscar and Humberto Osorio will not play for the home side.

Sevilla, who are still yet to find an away win this season, will be without Iván Rakitić and Piotr Trochowski, who both have injuries, while Carlos Bacca and Kevin Gameiro, two of the team's goal-scorers this season in the Liga BBVA will take part. "It is time to step up to the mark", stated Emery in the pre-match press conference.