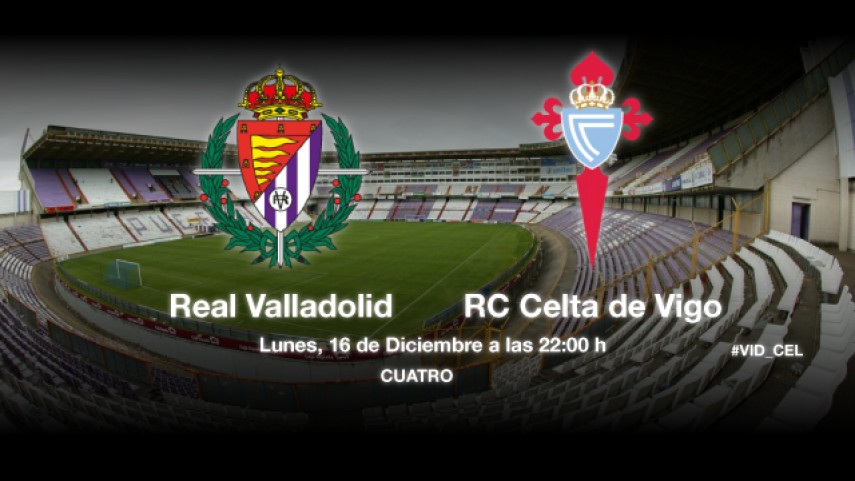 Valladolid look to get away from the drop zone.

A win for Valladolid would be huge morale boost against a Celta side just three points ahead.

Real Valladolid host RC Celta de Vigo to close the Liga BBVA sixteenth matchday and will be hoping to achieve a victory that would lift them out of the relegation zone. Three points separate Valladolid from the Galician side which will also be looking to climb further up the table.

Leading up to the game manager Juan Ignacio Marínez has the majority of his squad available, with the exception of Valdet Rama, who still has a muscular injury, and Lluis Sastre who misses the game through suspension.

A victory would also give the team a great boost to the team which has gone five consecutive games without a win. "We don't want to lose any further ground and we are committed and prepared extremely well mentally. We go into the game against Celta feeling strong and without feeling any anxiety", guaranteed the blanquivioleta coach.

The Galician team also arrives in a positive frame of mind having won six of their last eight visits to the José Zorilla stadium, and hope to continue in this rich vein of form at one of their lucky hunting grounds. The Celta manager, Luis Enrique, has also transmitted the same intensity. "We go into this game with the same composure as always. We are looking to go out and win from the first whistle without taking any risks".