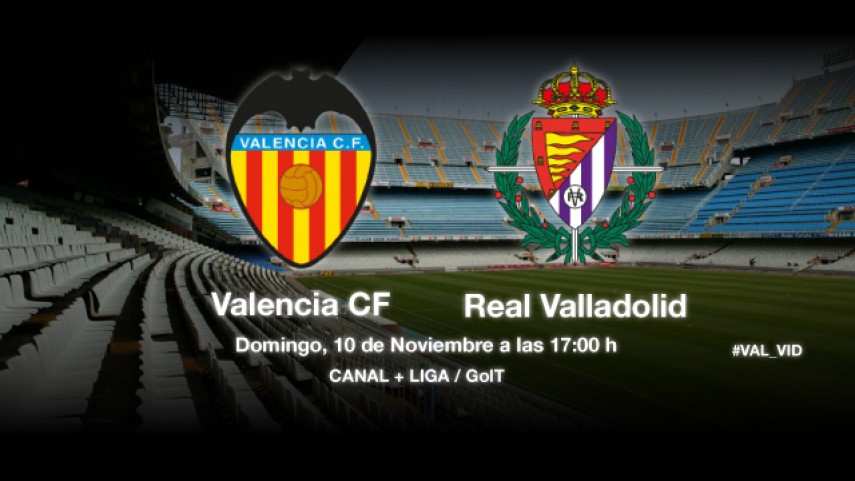 Valladolid in need of points in Mestalla

Valencia looks to make it two successive league victories against Valladolid to continue its good run of form.

Valencia CF takes on Real Valladolid for matchday 13 of the Liga BBVA season looking to build on its good run, which in its last two games has seen El Che beat Getafe and FC St. Gallen in the UEFA Europa League. The White and Violets, meanwhile, are in desperate need of points to climb away from the drop zone.

Miroslav Djukić expects a tough match against his former team although he is confident in his current side’s abilities. The Serbian also stated that against Valladolid "we have a great opportunity to continue the good form we have been enjoying lately". The Valencia sickbay is full of injured players at the moment, with Diego Alves, João Pereira, Andrés Guardado, Fede Cartabia and Sofiane Feghouli all unavailable to play.

In his pre-match press conference, Juan Ignacio Martínez recognised his side’s urgent need to pick up points as soon as possible. "We need points like May needs rain", the ex-Levante boss declared. "We know it will be a difficult match because they have a lot of talented players, but I think we are capable of playing well in Mestalla". The away side will travel without the injured Óscar González, Víctor Pérez and Manucho, while Patrick Ebert is suspended.