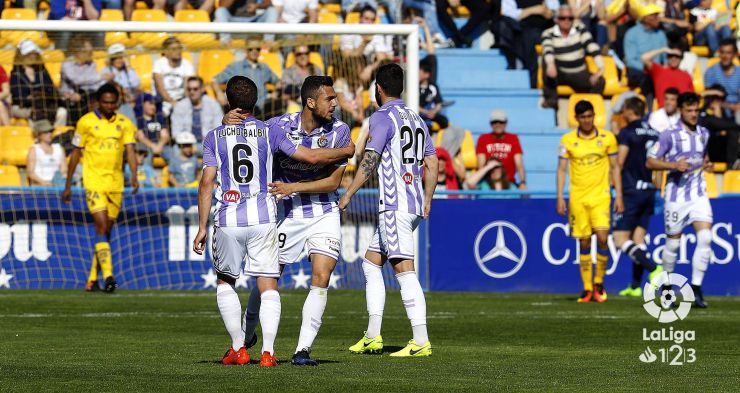 Valladolid & Huesca up the ante in race for the playoffs

Valladolid mounted a stirring comeback to overcome Alcorcon, whilst Huesca edged past Mallorca as the battle to seal a playoff berth intensifies.

Elche's brilliant performance away to Nastic saw them take a valuable win which also ended Nastic's recent run of five matches without defeat. Alberto Toril's side were impressive in the first half and were 3-0 up inside 35 minutes. Manuel Barreiro pulled one back for the hosts in the second half, but it was not enough to peg back Elche.

Despite chances for both sides, Cordoba and Numancia played out an evenly-matched goalless draw in the opening LaLiga 1l2l3 match of the day. The result saw Cordoba climb further away from the relegation zone whilst Numancia earned some breathing space in mid-table.

Huesca waited until time added on to seal the points against Mallorca. The hosts opened the scoring and that is how it stayed until Thierry Moutinho equalised for Mallorca on 88 minutes. With the game heading for a draw, Alexander Gonzalez sent the home fans crazy when he scored a 94th-minute winner. 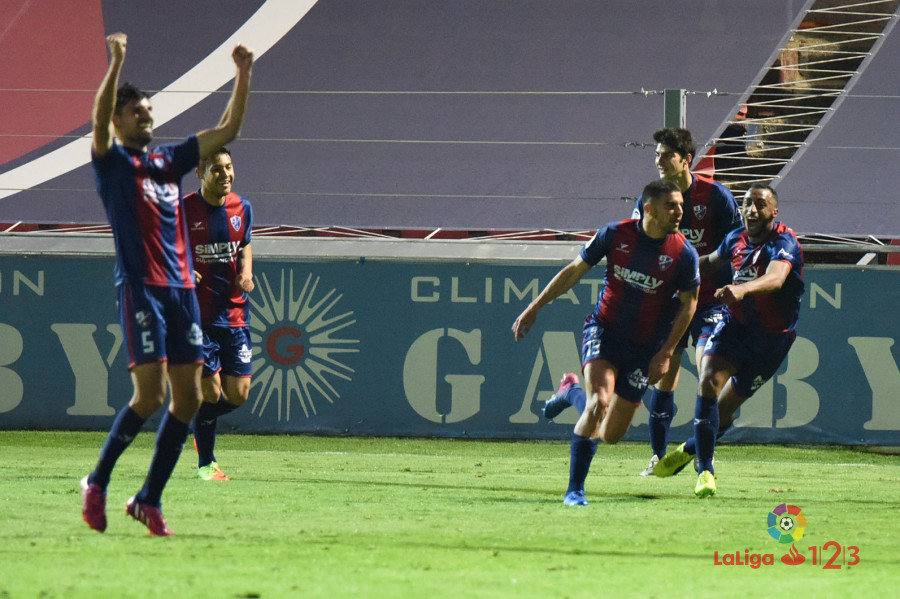 Lugo had been eager to get back to winning ways after two straight defeats at the Angel Carro. Jordi Calavera gave the hosts an early second-half lead and Joselu wasted no time in doubling their lead soon after. Urko Vera pulled back a late consolation goal for Mirandes, but the game ended 2-1.

Juan Gongora gave UCAM an early lead as they dominated from the very start. Getafe tried hard to wrestle back control and play their way back into the game, only for Jona to send the hosts in 2-0 up at the break. There were to be no goals in the second half as UCAM played out their eighth win of the season.

Antonio Cotan left it until the 93rd minute to seal all three points for Sevilla At. away to Zaragoza. Marc Gual had given the visitors a first-half lead at La Romareda, only for Edu Garcia to equalise for the hosts on 76 minutes, but Sevilla At. were not finished and they sealed yet another win in time added on. 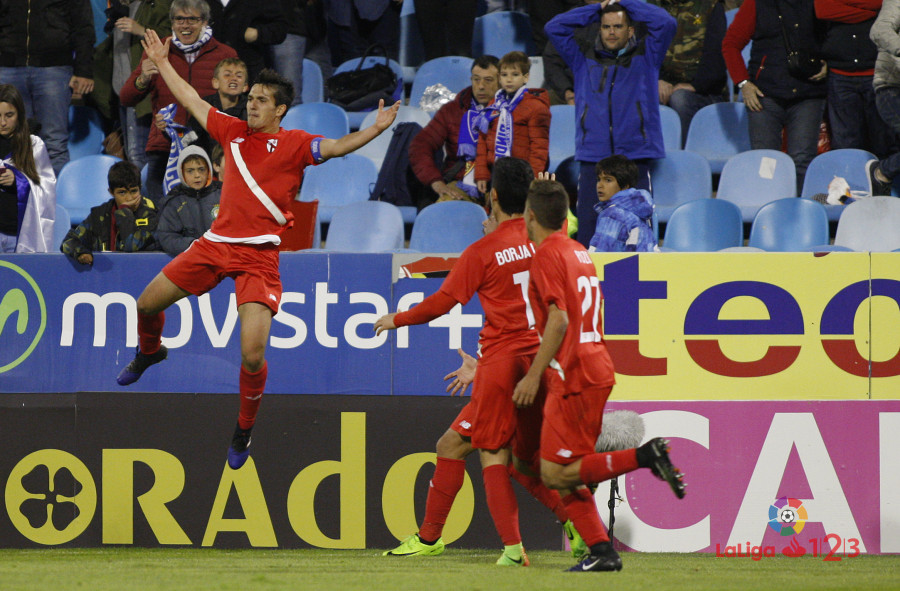 Los Granotes were made to work hard for victory against a gutsy Almeria side, but the runaway leaders ultimately prevailed to tighten their grip on top spot. That man Roger Marti was once again on the scoresheet, with the division's leading goal-getter keeping his cool to tuck home a 38th-minute spot-kick and notch his 19th goal of the campaign.

Juan Villar played an influential role as the visitors claimed the spoils at Santo Domingo, a result which sees Paco Herrera's side close in on the playoff places. Villar struck a brace as Valladolid fought back to overturn David Navarro's early strike and leave the Madrilenians looking nervously over their shoulders.

The Catalans inflicted the shock of the matchday by emerging victorious from the Estadio Heliodoro Rodriguez Lopez, becoming the first side to have done so this term. Alfredo Mayordoma struck what proved to be the winner when he latched onto Raphael Guzzo's threaded through ball and unleashed an exquisite outside-of-the-boot finish with 14 minutes on the clock. 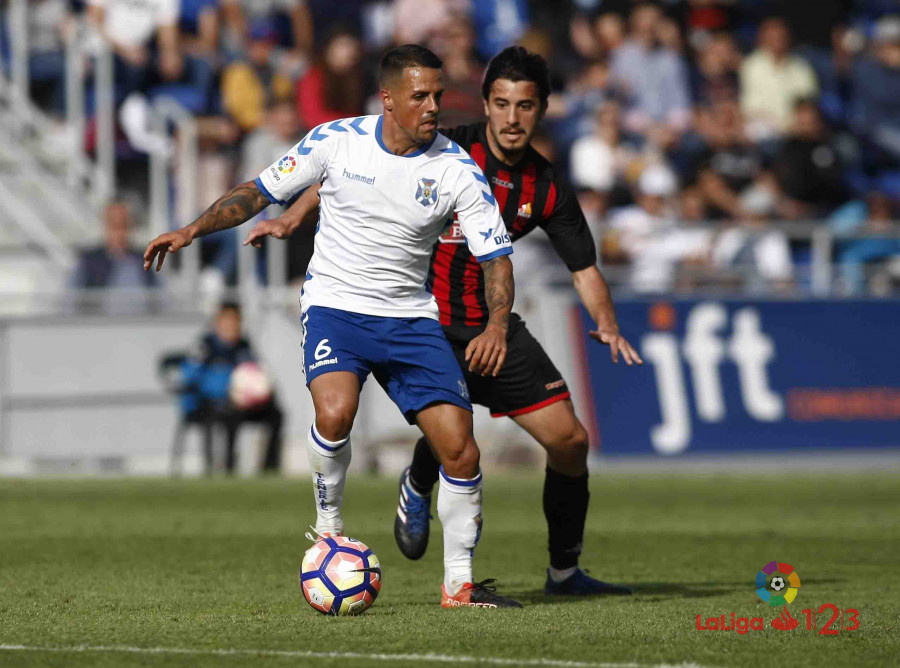 The Andalusians are determined not to relinquish their place amongst the leading pack, as demonstrated by this impressive display against second-placed Girona at Montilivi. Alfredo Ortuno set Alvaro Cervera's men on the way on 16' with a pinpoint drive which cannoned off the upright on its way into the net. The visitors doubled their advantage on 20' when Alvaro Garcia finished smartly when put clean through. Samuele Longo reduced the arrears in the 66th minute with a spectacular overhead kick, but it was all too little, too late for Pablo Machin's charges.

The Madrilenians got back to winning ways after having failed to taste victory since their 1-0 triumph over Almeria back on Matchday 24. Patrick Ebert put the Vallecas outfit into the driving seat with a 13th-minute penalty and the home side sealed the deal when Javi Guerra scrambled the ball home from close range on 59'. This precious victory sees Rayo climb two places in the standings to move to within just a point of safety.