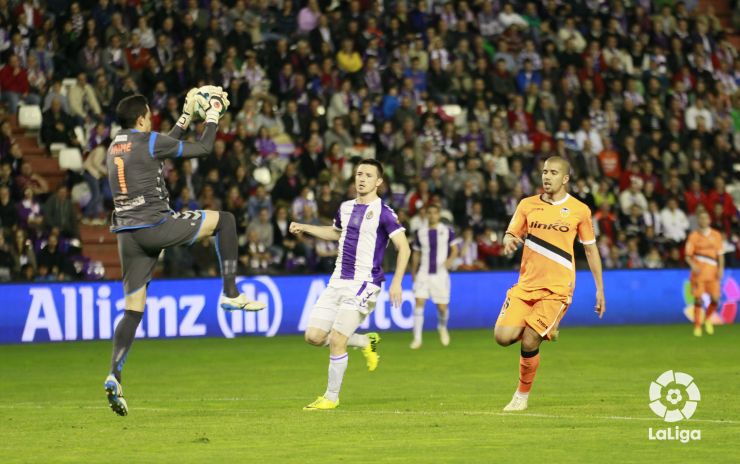 The goalless draw leaves Los Che with plenty to contemplate now that they drop out of the race for European football, but the point is very much welcomed by the Castile and León side.

Real Valladolid fought bravely to earn a point at home in their Liga BBVA matchday 32 encounter with Valencia. The Castile and León outfit moved out of the relegation zone and got an important dose of confidence against a Valencia team that now drops out of European contention.

Both sides could have taken the lead during the first half, but a lack of accuracy in front of gaol and fine performances from both keepers meant it remained scoreless. Daniel Larsson had a great chance to put Valladolid ahead, as did Paco Alcácer and Eduardo Vargas for Valencia, but Jaime was able to keep a cleansheet.

Knowing what was at stake, Juan Ignacio Martínez’s men came out after the break all guns blazing and caused the visitors some uncomfortable moments, with Guaita keeping his side in the match. Javi Guerra and Víctor Pérez were the standout men for the home team, but Juan Antonio Pizzi’s defence was too organised for them to break down.