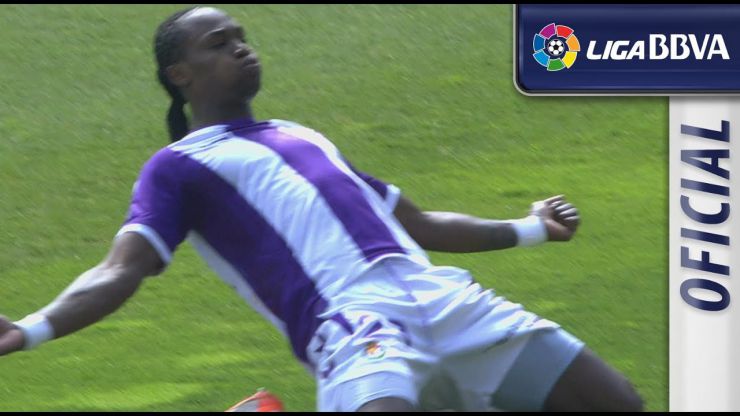 The pucelanos beat Almería 1-0 through a Manucho goal, a win that lifts them provisionally out of the relegation zone.

Real Valladolid CF earned an important 1-0 victory against UD Almería in the first game of the Sunday on matchday 31 of the Liga BBVA. With this win Valladolid took another step towards salvation, overcoming one their immediate challengers in the table and provisionally climbing out of the relegation spots. Almería, on the other hand, see their rise halted and could end the day in the danger zone.

The match began with a dream start for the pucelanos, who managed to take the lead though Manucho with just six minutes on the clock. The Angolan striker only had to push the ball in when his team-mate  Óscar González provided a great pass from the left wing. JIM’s side, dominating play convincingly, could have gone into the break with a bigger lead were it not for some great saves from goalkeeper Esteban Suárez, who kept the Andalusians in the game with another display of parries in response to two good attempts from Javi Guerra.

After half-time, Almería’s goalkeeper was back in action with another good save to stop a shot from Daniel Larsson, and the crossbar got in the way of an accurate free kick from Jesús Rueda minutes later. Marco Torsiglieri’s sending off after 75 minutes ended Almería’s hopes and although they looked for the equaliser and enjoyed their best moments, their efforts went unrewarded.