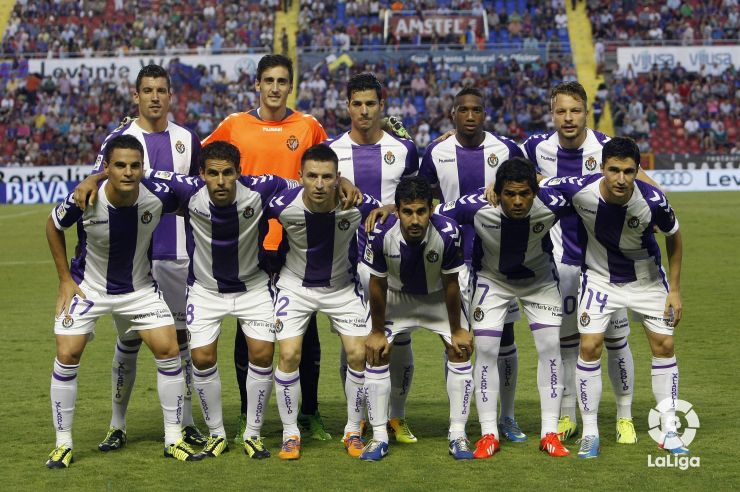 Valladolid are looking for a win

Valladolid have only won one of its five games, meaning that getting a positive result on Friday against Malaga is essential.

Real Valladolid will host Malaga CF on Friday (21:00 local time) to kick start matchday seven of the Liga BBVA, for a match in which the home side will be looking to reacquaint itself with winning ways.

Juan Ignacio Martínez’s side has only won once in its last five outings, so a good result against the Andalusian outfit will be essential if the team is to climb towards the mid table spots. Martínez will be without Daniel Larsson, Óscar González, Víctor Pérez and Álvaro Rubio, who are all injured, and will have to wait to see if Patrick Ebert is fit to play. "We expect a frenetic game where we’ll be made to dig deep. Malaga has brought good reinforcements in and is a side that concedes few goals and can make life difficult for the opposition", JIM pointed out in his press conference.

The only absentee for Malaga meanwhile is Weligton, who has a broken left collarbone, and the team will take to the José Zorrilla Stadium with the intention of keeping its positive run of results going. The team has gone unbeaten in the last four games which has seen them climb up to within touching distance of the European places. After the side’s 2-0 home win against Almería on Tuesday, Bernd Schuster clearly stated what he expects from the trip to Valladolid: "We expect a tough match on Friday. Our last victory has given us confidence".