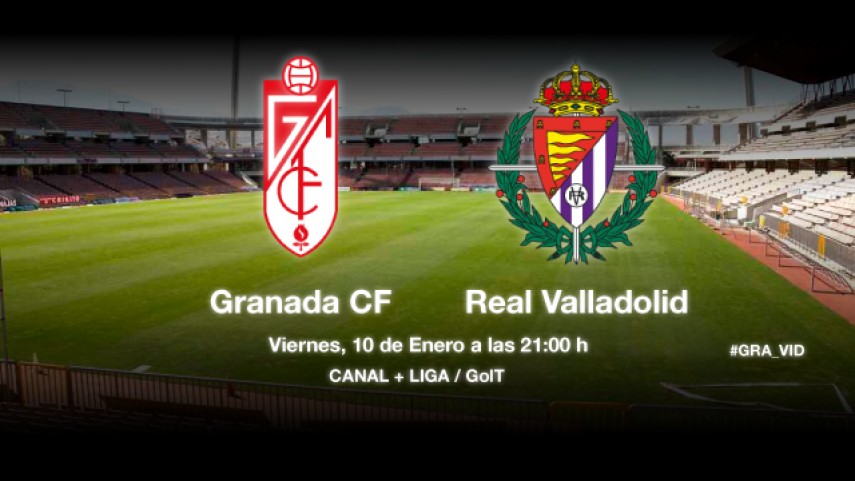 Valladolid and Granada looking to take off

The pucela side will look for a win that would give them some breathing space from the relegation zone against the Andalusian side that are five games without a win.

The 19th round of Liga BBVA fixtures starts with a match between two sides in need of points, especially Real Valladolid CF. The pucela go to Estadio de Los Cármenes to face a Granada CF who currently sit 13th.

The Andalusian side, who have won twice and lost seven times at home, have been preparing this week in La Manga. Lucas Alcaraz will be without the suspended Hassan Yebda and the injured Ogion Jude Ighalo, whilst doubts remain over Diego Buananotte and Pape Diakhaté. "We have to think about what we have to do, and I’m sure that the crowd will be with us", said the Andalusian coach.

They take on a Valladolid side in difficulty, and the visitors will be without the injured quintet of Álvaro Rubio, Heinz Barmettler, Patrick Ebert, Alcatraz and Humberto Osorio. Juan Ignacio Martínez said that his side "will go into the game with the utmost enthusiasm and with the intention of winning", adding "if they think this is a cup final and they have 20 points, imagine how we feel about it".