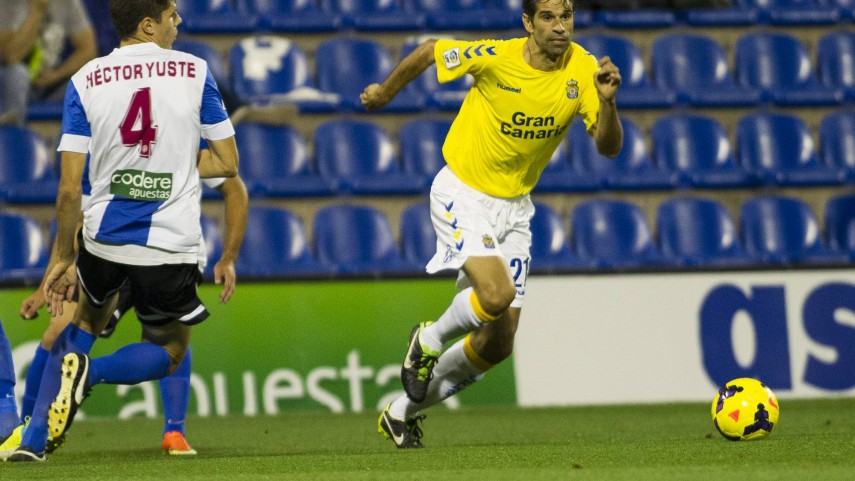 At 38 years of age the UD Las Palmas player is still capable of producing some spectacular football,as he proved on Saturday when he scored the first brace of his career.

If there is one player who needs no introduction, it is Juan Carlos Valerón. A magician on the pitch and a gentleman off it. A model professional who has taken his larger-than-life personality into the sporting arena, where he is able to raise the game of those around him, always guaranteeing quality, something UD Las Palmas witnessed this weekend.

The über-elegant player is known by his fans as the'Wizard of Arguineguín' because of his skill with the ball at his feet.Although he isnot the quickest player or a prolific goal-scorer, Juan Carlos Valerón has an innate ability to pull off impossible passes. However, this Saturday he had his shooting boots on.

At 38 years of age, some may say that he has lost his game of old, but nothing could be further from the truth. This Saturday against CD Mirandés the Canary Islander produced another memorable display. The player from Arguineguín scored a brace for the first time in his career, giving Las Palmas a win that puts them among the top teams in the Liga Adelante.

With Valerón comes guaranteed commitment, and the player is enjoying a new lease of life in the city and with the team that saw him grow up. If his long and successfulprofessional career is anything to go by, the player will give his all until his final day of work. He will certainly be remembered as one of the most reputableplayers of the last decade.