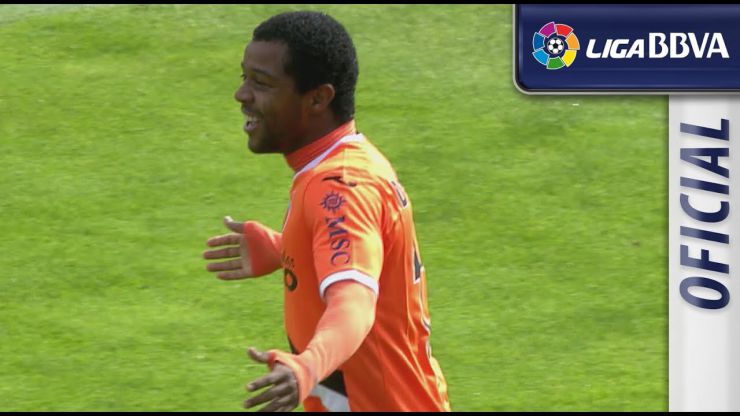 Pabón's wonder goal gave the visitors the win and keeps them in the middle of the table.

Valencia CF beat Getafe FC 0-1 and, in doing so, cut short the momentum of Luis García Plaza's team, who are still in the fight for the European spots in the Liga BBVA. Miroslav Djukić's side, meanwhile, will have recovered some of its confidence, which had started to show cracks.

Both teams' desire to take the three points dictated the rhythm of the game and both Valencia and Getafe had good chances to take the lead. In the first ten minutes the home team fired early warning shots at the goalkeeper Diego Alves who made a great save from Ciprian Marica's header. Valencia's response came through Paco Alcácer, with a shot that thundered into the crossbar. The Coliseum Alfonso Pérez could sense that a goal was just around the corner, and it was Dorlan Pabón who provided it with a powerful shot that put the away team 0-1 up before the break.

The second half was just as intense as the first, as the Blues searched for an equaliser and Vicente Guaita had to save his team on several occasions. Valencia held strong and also had chances to put the match to bed, but the score was unchanged and the away team sealed a laboured win.