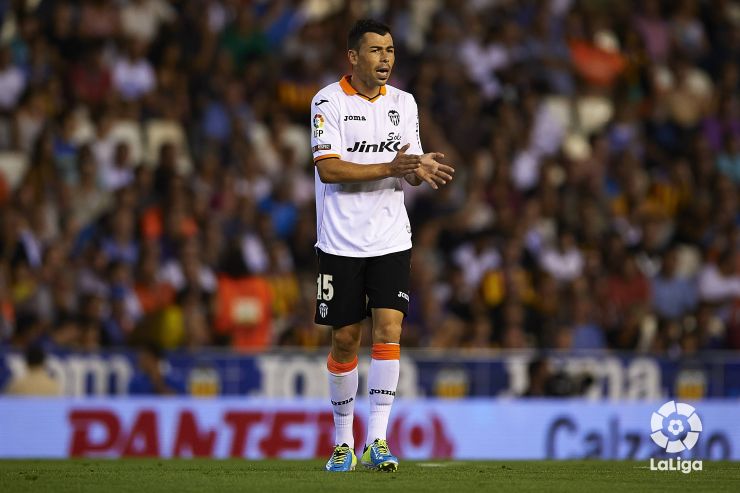 The midfielder from Asturias is to undergo an operation on Tuesday due to a groin problem.

Valencia CF's midfielder from Asturias, Javi Fuego, is to go under the knife to remove an epidermoid cyst from his right groin, according to a statement from the team.

The club also announced that the ex-Rayo Vallecano player is expected to have recovered in time to return to Miroslav Djukić's squad on Monday. Javi Fuego has played seven Liga BBVA matches this season.

Valencia will host Real Sociedad de Fútbol on matchday nine, when the competition restarts after a break for the 2014 FIFA World Cup Qualifiers that are to be played this week and the next.