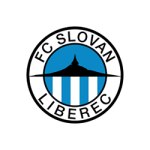 Valencia, Sevilla and Betis in search of victory in Europe

The Liga BBVA's three representatives in the Europa League will play their third group-stage matches on Thursday with one thing in mind, victory.

Valencia CF, Sevilla FC, Real Betis Balompié, the three Liga BBVA teams in the UEFA Europa League, will play their third match in the group stage of the continental competition on Thursday.All three Spanish teams will be looking to grab three points and better their chances of making it to the knock-out stages.

Pepe Mel's team, Betis, will host Vitória de Guimarães in the Benito Villamarín Stadium in a bid for a win that would see them climbthe Group I table. If the Andalusian side is able to beat the Portuguese team it would climb to the top of the table with one more point than its opponent. "We cannot forget that the chance of going through is at stake. If things go well we could take a significant step towards our goal", said Mel in the pre-match press conference.

The other Andalusian Liga BBVA team looking to add to its haul is the side trained by Unai Emery, which is looking for its third consecutive victory in Group H. Raul Rusescu and goalkeeper Julián are noticeable changes in Sevilla's squad for the tie with FC Slovan Liberec, while players such as Ivan Rakitić and Marko Marin will not travel with the team.

For its part, Valencia will hostFC St Gallen in the Mestalla for their Group A clash without midfielders Andrés Guardado, Sophiane Feghouli and Éver Banega. "In the dressing room we are aware of the difficulty of the match. They are an intense team who play direct football and they will make it very difficult for us", revealed the home manager, Miroslav Đukić.