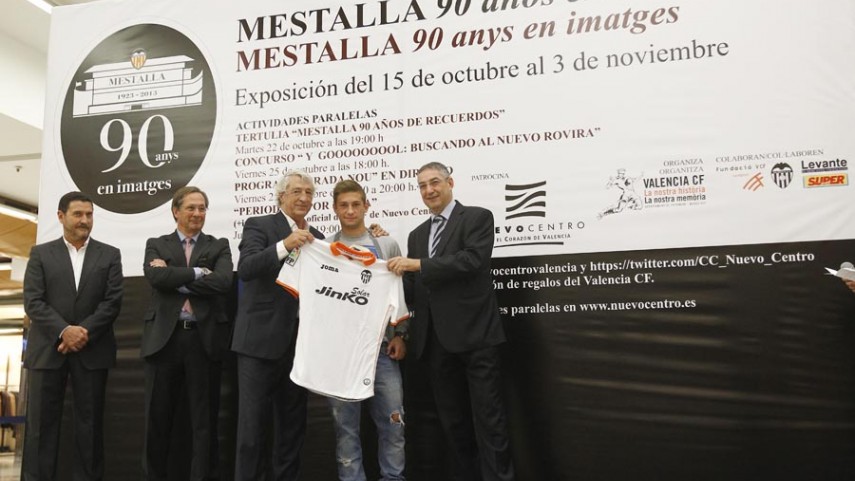 Valencia revisits its past

The Mestalla Stadium features at the forefront of an exhibition taking place in the Nuevo Centro (New Centre) that will run until the 3rd of November.

The past, present and future of Valencia CF captured in 90 images. That is the idea behind the exhibition inaugurated by the club on Tuesday in the inner courtyard of the Nuevo Centro (New Centre). The exhibition will run until the 3rd of November.

The opening ceremony was attended by Valencia board member Juan Cruz Sol, first team player Fede Cartabia, representatives from the Nuevo Centro, the Valencia Foundation, the Association of Valencia Footballers, as well as a group representing some of the club’s supporters groups.

The exhibition will display documents, images and valuable objects related to the history of the Valencia stadium. Among the artefacts is the priceless book of minutes Casa Caridad Valencia which details the club’s first ever match.