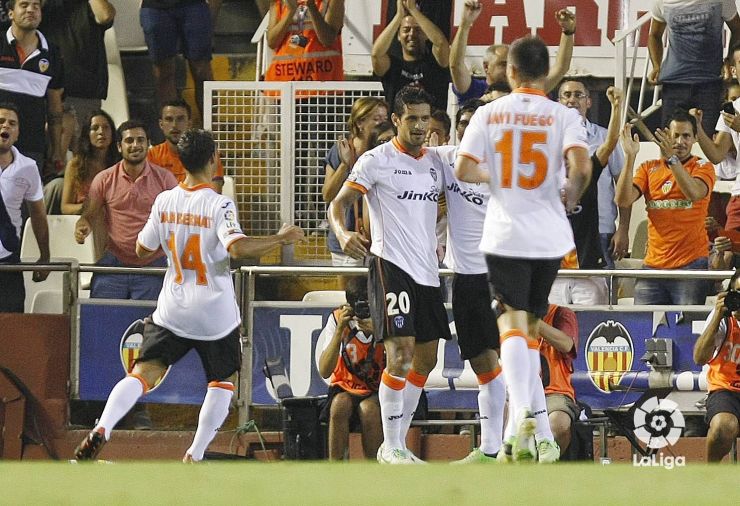 Valencia looks to consolidate its improvement

After its victory over Sevilla FC, Miroslav Djukić's team will be looking for a positive result from its visit to Granada CF in order to reach the top end of the Liga BBVA table as soon as possible.

Having ended its run of four matches without a win with a victory over Sevilla FC on Sunday, Miroslav Djukić's Valencia CF will be looking to feed off the momentum from that match when it visits Granada on Wednesday in a Liga BBVA matchday-6 encounter.

The Valencian outfit will be visiting a Granada team which has now played four matches without a win and is still yet to taste victory at home this season. Djukić will be hoping that his team can maintain the standard it reached against Sevilla and produce a result which will lift them to the top end of the table. "We have to win in Granada and continue the quality we showed against Sevilla", commented the Serbian assuredly.

Home manager Lucas Alcaraz is well aware that his team will not have it easy against Valencia, but he was hopeful of a positive result. "We know that Valencia is a very strong team. We need to use our strengths wisely and play a game that suits us. You have to be able to change the pace of the game, one of the things we need to worked on", he stated.

The injured Piti is still unavailable to Alcaraz, although the manager indicated that defender Diego Mainz has been given the medical all-clear and may be available to play.