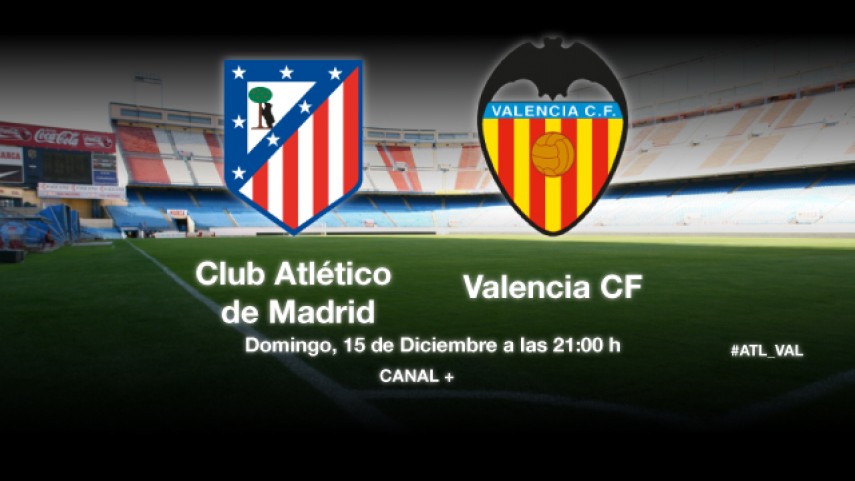 The rojiblancos and valencianistas meet in one of the weekend's most promising matches with very different needs.

Valencia CF visit the Estadio Vicente Calderón on matchday 16 of the Liga BBVA fully intent on becoming the first team to beat Club Atlético de Madrid on their home turf this season.

The rojiblancos are undefeated in all 11 games they have played at home so far this season (only the first leg of the Supercup of Spain against Barcelona (1-1) ended without victory) and they will be looking to maintain that record. If they manage it they will keep their lofty position in the table; but, in order to do so, they will have to beat an opponent who Diego Pablo Simeone has studied in depth: "I am concerned about their ability on the wing and their class in the middle of the pitch".

Valencia are keen to prove themselves. The club have been less than convincing so far this season and they need a victory to get their season back on track, something their coach, Miroslav Djukić, is convinced of. "It will be a competitive match. We want to see how we fare against one of the best teams. We have a chance to play well and try to make a comeback in the Liga", he stated.