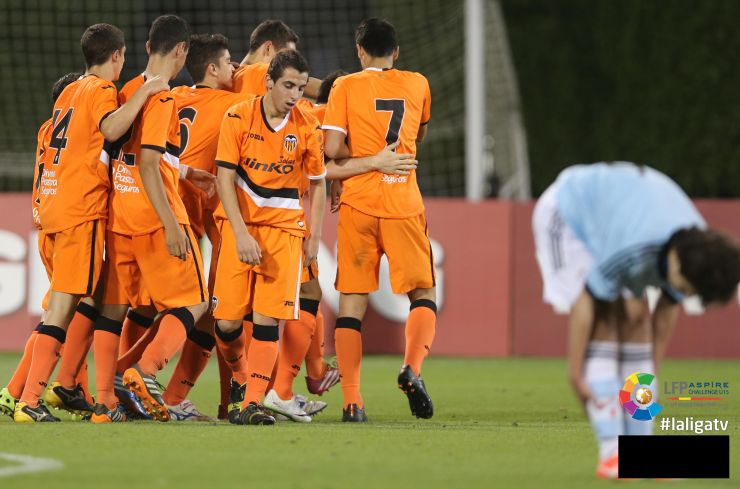 The 'ché' beat Celta, whilst Málaga and Athletic also won on the third day of the First LFP Aspire Challenge.

The third day of the LFP Aspire Challenge, which is being played in Doha, saw the semi-final line-ups confirmed. The games will be played on Tuesday the 15th of April.

The first game of the day was Valencia’s 2-0 win over RC Celta de Vigo. The game was quickly under Valencia’s control as midfielder Vicente Esquerdo put them ahead in the 10th minute. Carlos Badal sealed the win in stoppage time.

The match between RCD Espanyol and Málaga CF was more even. Pol Lozano put Espanyol ahead, but the Andalusians, second in Group A, came back with goals from Lucas Ezequiel in the 21st minute and Rubén Sanchidrián after 24.

Athletic Club also sealed their 2-0 win over Schools United in quick fashion. Antón Vela opened the scoring after 5 minutes and Ander Ayarza finished things off after 45. The Basque side are second in Group D, which is lead by Villarreal, who will play their final game in the fourth day’s play.

The only negative note of the day was Real Sporting’s 3-0 defeat by the Aspire Academy. Andry Syahputra (13'), Rashid Mohamed (25') and Yusuf Abdurisag scored the goals that mean the side from Asturias finish bottom of their group.