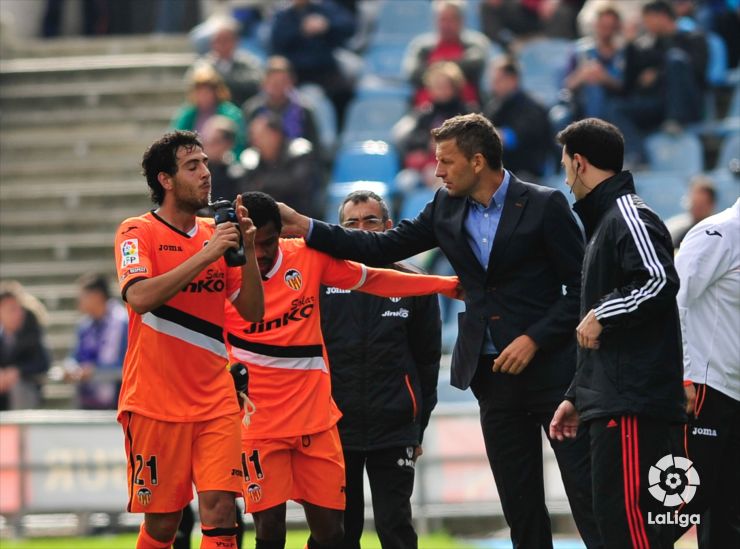 Having beaten Getafe, Levante and Betis by one goal, respectively, the three teams have climbed the table. Atlético remains in the wake of the Liga BBVA leaders after defeating Athletic.

Valencia CF and Granada CF have returned to winning ways in the Liga BBVA, while Sunday's final match was a thriller between Málaga CF and Real Betis Balompié.

Club Atlético de Madrid remains in second place and one point behind the leader, FC Barcelona, after a 2-0 victory over Athletic Club, who stay in fifth place despite the defeat. The Red and Whites practically wrapped the game up in the first half with two goals. David Villa, with his fourth in the last three games, and Diego Costa, with his 13th of the season, were the architects of the victory.

In Sunday's early game, Valencia CF ended its run of three consecutive losses in the Liga BBVA against Getafe CF, who lost their second home match in a row. A first-half goal from the Colombian Dorlan Pabón was enough to give Valencia the victory.

Elsewhere, fans had to wait until second-half injury time to see a goal in the Levante UD - Granada CF match. Earlier, Nabil El Zhar had missed a first-half penalty, but it was the side from Andalusia that wrapped things up with a free-kick from Piti. The victory was Granada's third away from home.

Finally, Málaga and Betis produced a thrilling match in which both sides went all out for victory. The side from Andalusia went ahead twice, but the Green and Whites never gave up and drew level both times. However, in injury time Samuel García gave Málaga a late win, their first for five games. Betis has now played five without a victory.