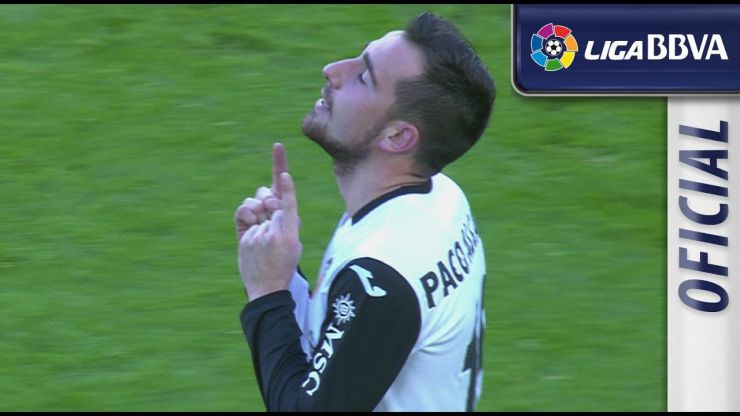 Goals from Parejo, Piatti and Alcácer are enough to earn Pizzi’s side all three points. The blaugrana had not lost at home since April 2012.

Valencia beat Barcelona 3-2 in Saturday’s opening Liga BBVA matchday 22 fixture. The Catalans tasted defeat for the first time at home in 66 matches in the domestic competition.

The scoring started early in the Camp Nou. Alexis Sánchez got on the end of a Lionel Messi cross in the seventh minute to give Barcelona the lead. Valencia, with a totally new look squad after the January transfer window, didn’t let their heads drop and, on the brink of half time, Dani Parejo made the most of a Barca mistake in the finally third of the pitch to start off a move he would go on to finish, thus ensuring things were all square going into the break.

The high tempo with which the game began continued into the second half. Valencia once again pounced on a defensive error by the home side to take the lead for the first time, with the goal coming from Pablo Piatti. Barcelona then equalised through a penalty, but found themselves behind again five minutes later when Juan Antonio Pizzi’s mens’ high pressure game paid off with Sofiane Feghouli passing to Paco Alcácer, who expertly beat Valdés to make it 3-2.

The tension lasted right up until the end with Barca continually looking for another equaliser. Barcelona, who had not lost at home since the 21st of April 2012, when Real Madrid beat them, were unable to find a breakthrough. Valencia, who had not won in four games, took all three points to help them with their fight to push into the European places.