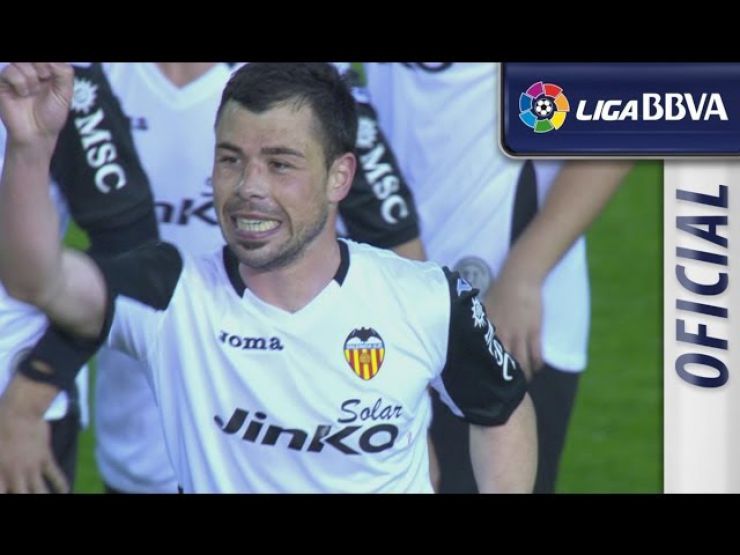 Valencia come out on top in the derby

Two goals from Javi Fuego gave the home team victory over Villarreal despite the fact that Giovani cut the deficit towards the end of the game.

Valencia CF beat Villarreal CF 2-1 in the Valencian derby on matchday 29 of the Liga BBVA. The result means that Juan Antonio Pizzi’s men extend their run in the Mestalla, where they have not lost since the 22nd of December and have closed the gap on the teams in the European spots.

The home team dominated possession and controlled the match in the early stages, while the Yellows looked to catch them off-guard on the counter. Fede Cartabia, one of the players of the game, pressured the visitors’ defence on more than one occasion, but the star of the clash was undoubtedly Javi Fuego. The Asturian midfielder opened the scoring for Valencia by netting two goals before the break that set his team on course for victory.

The ché set about defending their lead and were more conservative in the second half. Marcelino García Toral’s team, however, tried to create more danger and pulled one back with a goal from Giovani dos Santos. Even so, Villarreal were unable to avoid a defeat that dents their European hopes and they stay in seventh place with 45 points.