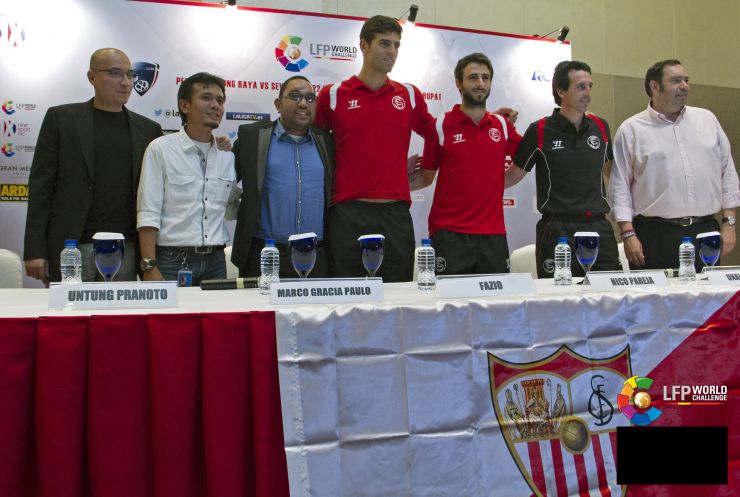 The Sevilla coach, Nico Pareja and Fazio took part in a packed press conference in Jakarta and spoke about their participation in the prestigious tournament.

One day after their arrival in Indonesia, Sevilla FC’s touring party are now preparing for Thursday’s game against Pelita Bandung Raya, and the presence of the UEFA Europa League champions has caused a bit of a stir.

In his press conference, Unai Emery thanked the Indonesian public for their warm welcome. “For us it is about opening up our football, getting to know the game in Indonesia and be closer to fans from a part of the world that is far away from our own”, he said. Emery also acclaimed the prestige of Spanish football: “The Liga BBVA is the best league in the world, and for us, anything that is helping spread our football across the world is important”.

In reference to the domestic competition, the Andalusian side’s boss highlighted the job done by Atlético de Madrid: “In Spain we’re lucky enough to have the two best sides in the world; Barcelona and Real Madrid. Atlético Madrid have also shown collective force, and this effort has allowed them to better the two best sides in the world. This is thanks to the values that Cholo Simeone has managed to instil”.