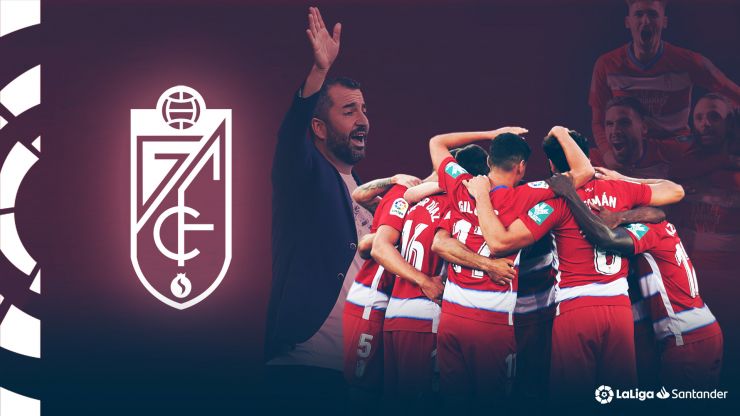 A historic season for Granada CF

The Andalusian team managed by Diego Martínez made its return to LaLiga Santander and has proved to be the surprise package this season with a performance that not even the most optimistic player of Los Nazaríes squad could have envisioned.

Granada came into LaLiga Santander for the 2019/20 campaign as one of the three newly promoted LaLiga SmartBank teams and eleven months later the club has ended the season as one of the competition's most outstanding teams after a truly memorable year.

Diego Martínez was the youngest and least experienced manager in Spain's top-flight - LaLiga Santander. But in no way has that proved to be an obstacle for the young coach. Under Martínez's guidance, Granada have not only managed to finish in seventh place in the league and manage to qualify for next season's Europa League - for the first time in the club's history-, but the team also flirted with first position in the league with a third of the competition played. Granada have made these achievements with a style of football that is pleasing to the eye and have produced sensational results such as a 2-0 victory against FC Barcelona.

In addition to the Andalusians' success in LaLiga Santander, they also managed to reach the semi-finals of the Copa del Rey and came close to reaching the final. A goal by Yuri Berchiche for Athletic Club put paid to Granada's dream of winning a trophy.

The key to Granada's success is certainly not down to big-name players, but perhaps to the manager's organisation. Martínez has instilled great confidence in his squad, beginning last season in the LaLiga SmartBank, and on these foundations he has made one or two clever signings to take his project to the next level.

Granada recorded its best ever first-half of a season in LaLiga Santander. The side stuck with its attacking style of play, with which the team gained promotion the previous season, and the 52 goals scored in the league are a testament to this - the club's third highest top-scoring campaign in LaLiga Santander.

The team's top-scorer was Carlos Fernández, who was playing his first season for the club after a loan move from Sevilla FC. Five of his ten goals in LaLiga Santander 2019/20 came after the league's restart, with the striker proving to be one of the team's most valuable players in the final phase.

Veteran Roberto Soldado netted seven times in his return to Spanish football. Soldado's goal tally was also matched by both Antonio Puertas and Venezuelan Darwin Machís, who has also impressed during his second spell at the club.

Granada's success this season has not only been due to its front line. Goalkeeper Rui Silva has produced heroics in goal after playing a major part in the team's promotion from LaLiga SmartBank the year before. Meanwhile, the back line has been marshalled superbly by the defensive pairing of Germán and Portuguese Domingos Duarte, who have also chipped in with a few goals at the other end. Full-back Víctor Díaz has also stood out for Los Nazaríes in a season that will be fondly remembered by the club's supporters for years to come.