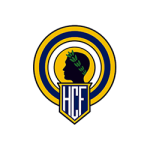 Three goals from the Mexican striker led the blanquiverdes to a 4-2 win over Hércules in the Liga Adelante.

The Andalusian side, who were coming off the back of three draws from their last three matches, came flying out of the blocks in the first half and really capitalised on their confident performance. After ten minutes Uli Dávila scored his team's first goal with a header and Xisco doubled the lead when the clock read 20.

After the restart the pace picked up, bringing with it the best football of the match. An own goal from Fran Cruz silenced the stands in the Municipal Nuevo Arcángel Stadium, but Uli Dávila outdid Javier Portillo's goal, which momentarily put Hércules back in the match, with two of his own.

The victory hoists the Andalusian outfit into the playoff spots.