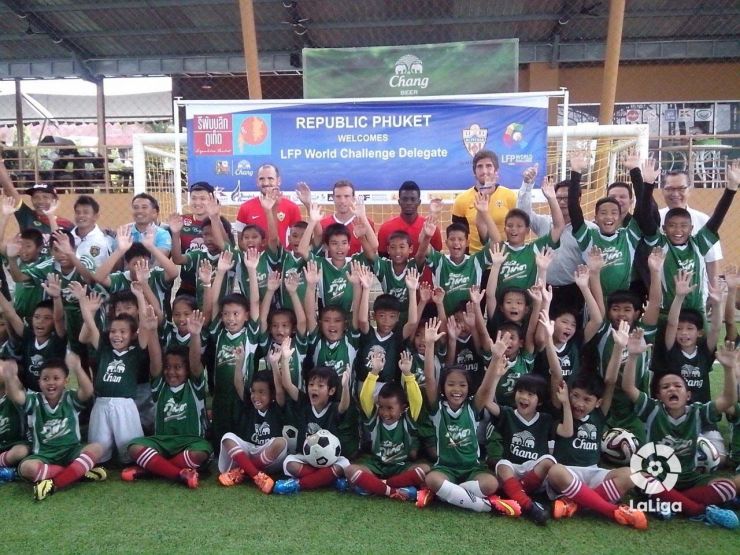 There were plenty of smiles and lots of excitement in the Phuket Football School on Thursday where hoards of Thai children were visited by UD Almería, in what was the Andalusian side’s final scheduled event on the Southeast Asian island, as part of the LFP World Challenge Tour.

The team’s goalkeeper Julián Cuesta was accompanied by Fernando Soriano, José Manuel Jiménez 'Mané' and Ramón Azeez in keeping the large number of children, who came out to spend a day with their heroes from the Spanish topflight, entertained. The Almería players performed various exercise drills with the youngsters, signed autographs and, after the exhibition, posed for a giant group photo with all those in attendance.

The event drew a close to UD Almería’s time on Phuket. Now the players is in Bangkok and in a few hours will be making their way back to Spain to put an end to what has been a thoroughly successful 12-day tour of Thailand, thanks to the Liga de Fútbol Profesional.