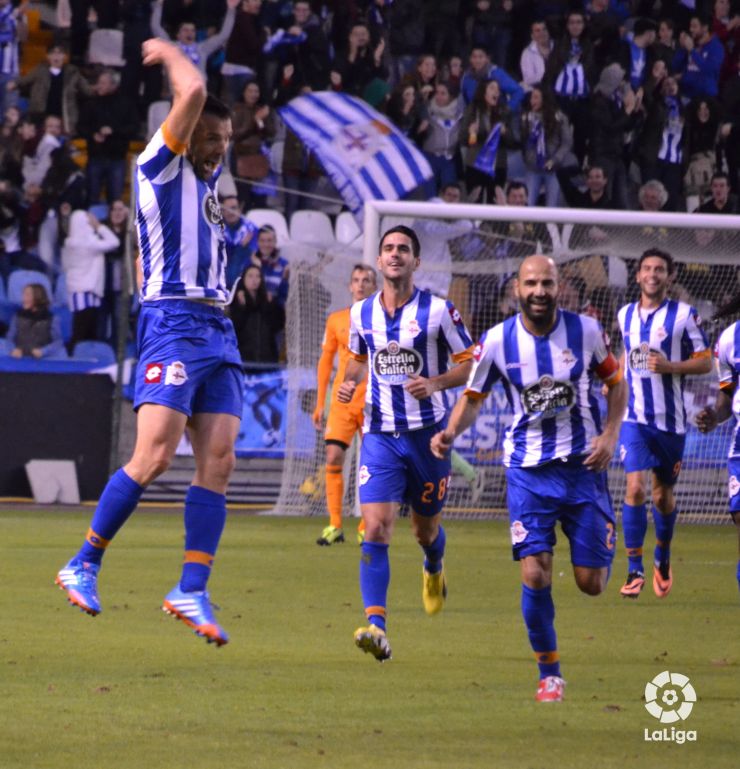 Recreativo and Deportivo dominated the Liga Adelante in its 2013 stretch, and each team has occupied the summit of the table by means of very different styles.

Without forgetting Real Sporting de Gijón, who are currently firing on all cylinders, RC Recreativo de Huelva and RC Deportivo de La Coruña are currently hot favourites to finish the season in the top two spots, which grant automatic promotion to the Liga BBVA. This status is largely due to the statistics and their performances at the top of the Liga Adelante table, as after a faltering start both teams have been taking it in turns to lead the league since the sixth matchday. And they have done so with opposing styles.

It took a few weeks for everything to fall into place for both teams and on matchday four they were humbly sitting in ninth and twelfth position. As they began to get into their respective strides though, their rise was meteoric to the point that, as quickly as matchday six, the teams had begun to take it in turns at the top of the table.

The team from Huelva strung together six victories in September and October that took them to the peak. It is the Liga Adelante's most prolific scorer, thanks to 35 goals, a statistic which is largely due to the side's strikers Miguel Linares and Manuel Arana, who have so far found the net nine and eight times, respectively. Sergi Barjuan's men are a goal-scoring machine, but they also concede in en masse. In fact, only one side has let in more than Recre (29) in this season's Liga Adelante: bottom-place team Deportivo Alavés.

After nine matchdays in first place, Fernando Vázquez's Dépor took over from the Andalusians at the top. The Galician outfit have managed to adapt perfectly after coming down last season. The side have hit upon a system that gets the most out of the goals they score, thanks to a spectacular defensive arrangement which begins up front and ends with a Germán Lux who is at the peak of his powers. Deportivo is, together with AD Alcorcón, the side to have conceded fewest goals in the Liga Adelante and it is also one of clubs to have scored the fewest, a polar opposite of Recreativo. One statistic speaks for itself: of the 19 games played so far, Lux has kept a clean sheet in 10.

These opposing styles make for a Dépor and Recreativo who are hot favourites to finish in the top two spots of the table. But they cannot take their foot off the gas, as Real Sporting de Gijón is now in the hunt and last weekend they stole second place from the Andalusian outfit, with whom they are level on points. The fight is on.