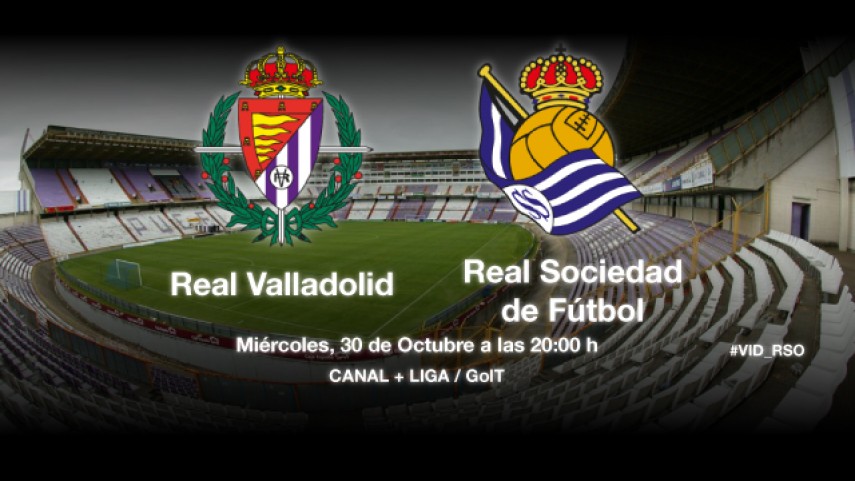 Two even sides face off at the Zorrilla

Valladolid and Real Sociedad are both searching for their third consecutive game without defeat. Both managers have praised the qualities of their opponents.

In the 11th round of Liga BBVA fixtures Real Valladolid CF will host Real Sociedad de Fútbol in what looks on paper to be an even matchup. Both sides, who are separated by only three points, will be looking for their third match without defeat when they meet at the Estadio Municipal José Zorrilla.

Valladolid come into the match without Mauncho, who will be out for three weeks, however they welcome back Lluis Sastre and Humberto Osorio. Juan Ignacio Martínez affirmed that the win at the Estadio de Vallecas last time out gave his side "a point of confidence", even though he stressed they have not achieved "anything yet" and that he anticipates "a difficult match against Real, one of the best attacking sides in the league".

Real Sociedad for their part will be looking for their third win in a row. They will do so with the return of Alberto De la Bella but without Iñigo Martínez, who is carrying a knock. Jagoba Arrasate lavished praise on the opponents before the press, explaining: "We've got to be very close to our best, we have a side who does thing well. It’s a difficult place to go and win, but that’s not serving us as an excuse".