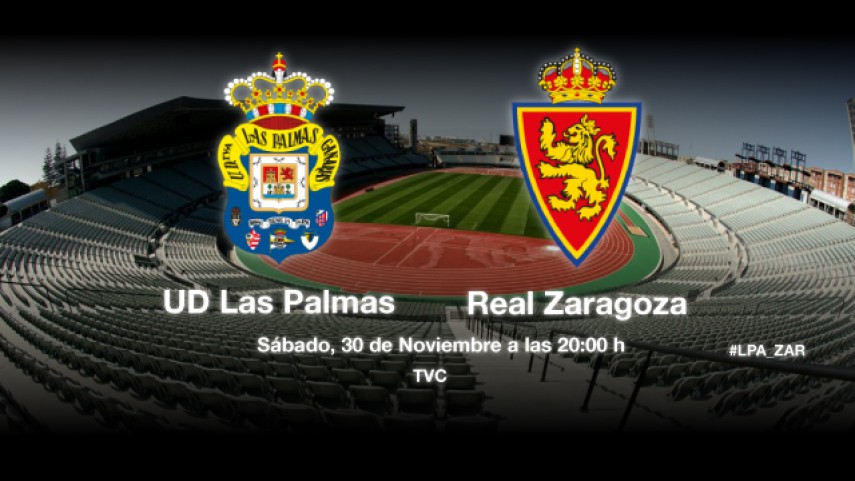 Las Palmas, who are currently third in the Liga Adelante, hope to win three important points against a Zaragoza who are looking to climb the table after winning their last game.

The Estadio de Gran Canaria will play host to a Liga Adelante matchday 16 tie between two teams, UD Las Palmas and Real Zaragoza, who seem destined to finish high in the table.

Sergio Sobera's men sit third in the table after two consecutive victories, one point from the automatic promotion spots. Las Palmas, who will be without the suspended Aythami Artiles, Apoño and David García, are hoping to bag three points in the stadium where they have not lost since their first match, against RC Deportivo La Coruña (0-1).

Having got through a rough patch with a win over Girona FC on Sunday, Real Zaragoza will be wanting to climb the table with another victory. To do so, Paco Herrera will have to make do without Paco Montañés, Abraham, Walter Acevedo and Luis García who are injured, and the suspended Mario Panglialunga and Lucas Porcár.