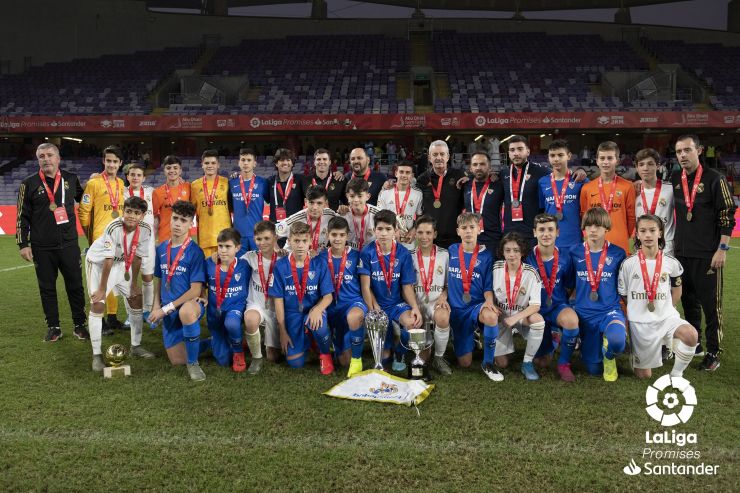 Fair play and excitement once again took centre stage at this prestigious tournament, in which Real Madrid ultimately prevailed.

Much like a Christmas fairytale, LaLiga Promises never fails to capture the imagination everywhere it goes. The 16 participating clubs all headed into the competition intent on giving a good account of themselves and claiming the ultimate prize in the Under-12 game. However, only one team could take the crown, with Real Madrid the side to lift the trophy on this occasion.

Al-Ain FC's stunning Hazza bin Zayed Stadium provided the backdrop as all eyes in the footballing world converged on the high-profile final between Real Madrid and Sevilla FC. The two sides served up a fitting showpiece to this footballing bonanza, which featured three Arab representatives for the first time in the shape of Al-Ain, Al Jazira SC and Baniyas Club.

The final, without question the most eagerly anticipated match across the whole tournament, offered up plenty of thrills and spills as Sevilla took the lead, before Real Madrid hit back through Jose Antonio Reyes's four-goal haul and a Jaime Pascual strike. The post-match celebrations and trophy presentations brought the curtain down on a tournament that has established itself as a leading competition within the global youth game.