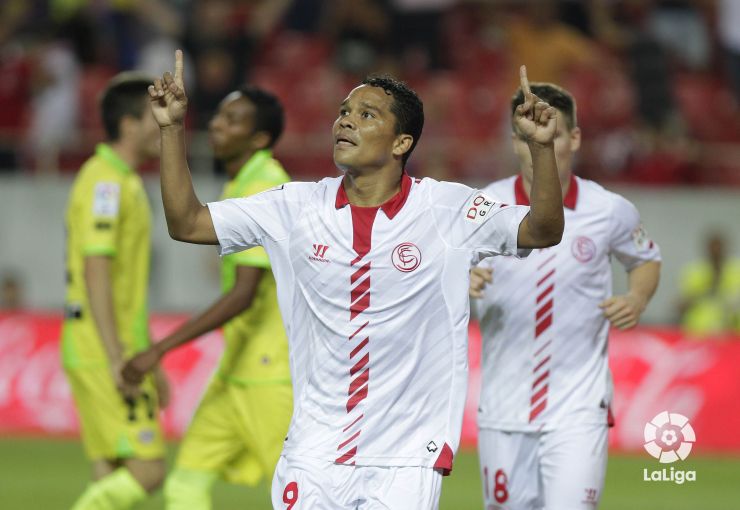 Tough wins for Real Madrid and Valencia, but a big win for Sevilla

The side from Madrid, along with Valencia saw off Elche and Granada respectively in injury time, whilst Sevilla defeated Rayo.

There were three fantastic games on Wednesday evening in the sixth round of Liga BBVA.

Real Madrid CF, third overall in the standings and sitting two points behind FC Barcelona and Club Atlético de Madrid, beat a spirited Elche CF at the Estadio Martínez Valero. Two goals, including a last minute penalty from Cristiano Ronaldo, were enough for Carlo Ancelotti’s men to take the victory on a difficult evening. The Portuguese superstar now has six goals overall this season.

Sevilla CF scored a hatful as they defeated Rayo Vallecano 4-1 in a match that was on a knife-edge until the 80th minute. The side from Andalusia were leading 2-1 against a brave Rayo side who had Alejandro Gálvez sent off, before scoring a third through Colombian Carlos Bacca, who also grabbed a fourth for Sevilla, sealing what was their first win in Liga BBVA this season, moving them off the foot of the table. The Madrid-based Rayo now sit at the bottom of the league.

Finally, the game between Granada CF and Valencia CF was also decided in the dying seconds. A brave Granada, who are yet to score at home having lost all three of their games at Los Cármenes 0-1, were stung at the death by Brazilian Jonas. This goal takes Valencia into the top half of the table, whilst Granada hover nervously above the relegation zone.